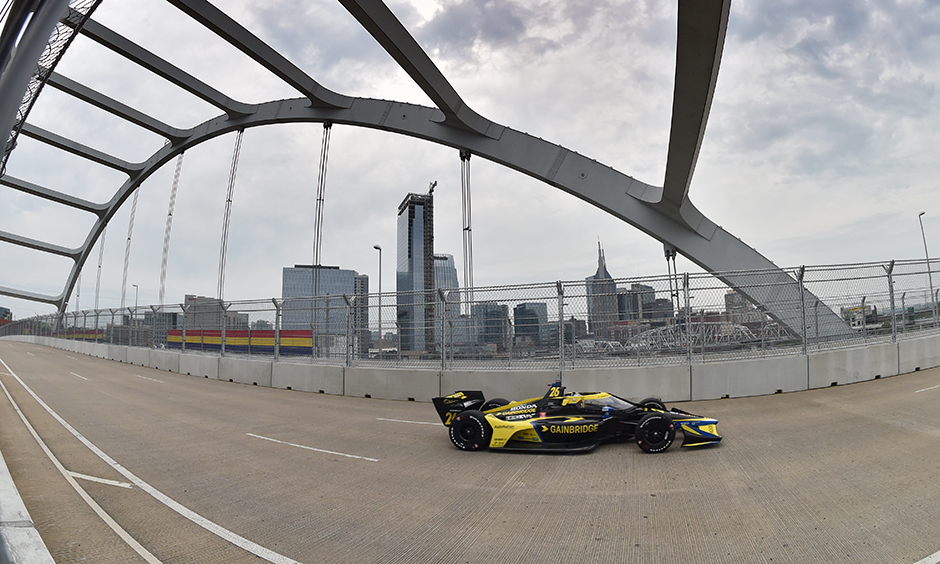 Herta Stays On Top in Hectic Second Practice at Nashville

It’s safe to say all eyes will be on Colton Herta in NTT P1 Award qualifying this afternoon at the Big Machine Music City Grand Prix on the streets of Nashville, Tennessee. Herta will be the favorite to earn the Bryan Clauson Pole Trophy after leading practice Saturday afternoon with a top lap of 1 minute, 15.3529 seconds in the No. But like Rossi, Dixon also found the wall late in the practice. He was one of many cars to spin in Turn 10 in the final two minutes of the session, and he dislodged the rear wing on his car by hitting the retaining wall while backing up to return to the course. It was the second spin of the session for Dixon, who also did a quarter-spin in Turn 10 in the opening five minutes. Rossi and Dixon weren’t the only drivers to clip the wall during the 45-minute session on the bumpy circuit.