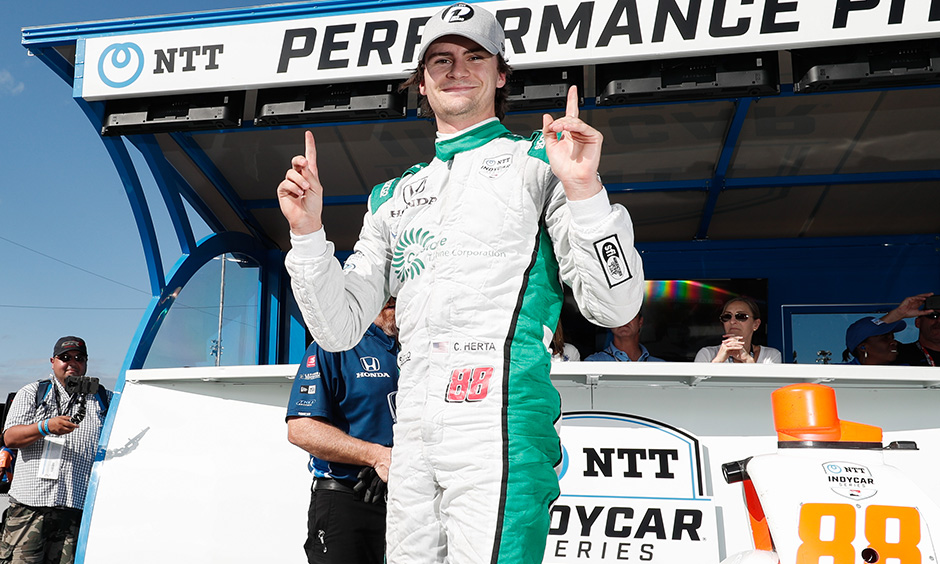 Portland, Oregon – A trio of NTT IndyCar Series championship contenders facing challenging starting positions in Sunday’s Grand Prix of Portland was the only thing to possibly upstage what rookie Colton Herta did here at Portland International Raceway.
Herta, the second-generation Indy car standout driving for Harding Steinbrenner Racing, put his No. 88 Capstone Turbine Honda on the pole for the second time this season.
Herta won the NTT P1 Award by besting pole whiz Will Power of Team Penske (No. 12 Verizon Chevrolet) with a final lap of 57.8111 seconds (122.302 mph).
Herta, 19, became the youngest pole winner in Indy car history when he topped qualifying June 22 at Road America.