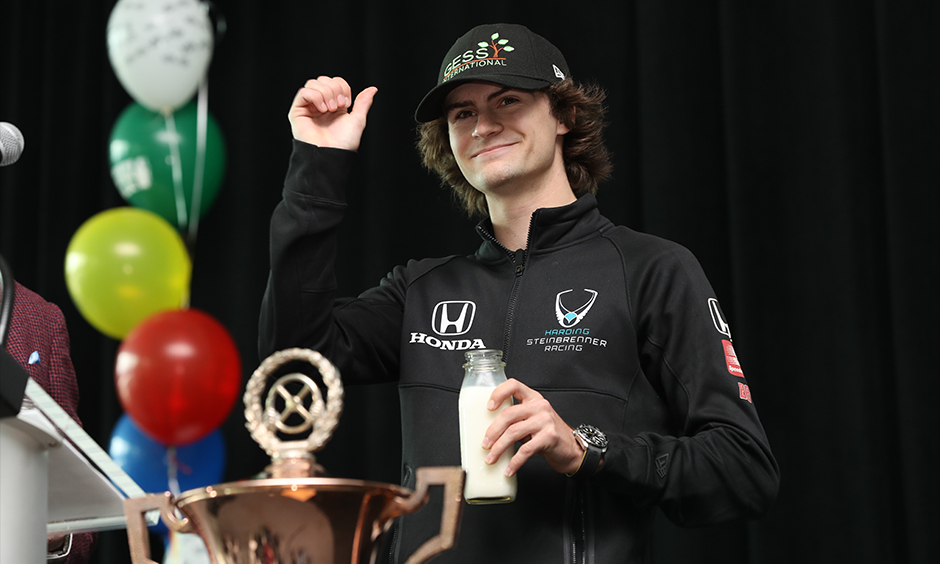 Indianapolis – He’s been fast all season in the NTT IndyCar Series, so it was no surprise that Colton Herta was honored Tuesday as the fastest rookie qualifier for the 103rd Indianapolis 500 presented by Gainbridge at the American Dairy Association’s 45th annual Fastest Rookie Luncheon.
Herta received a commemorative poster, plaque and a check for $5,000 from the American Dairy Association for being the fastest rookie.
“Internally, our expectations are still solidly planted and Colton’s, too,” said Steinbrenner, himself a rookie Indianapolis 500 car owner after spending the past two years running Herta in Indy Lights presented by Cooper Tires.