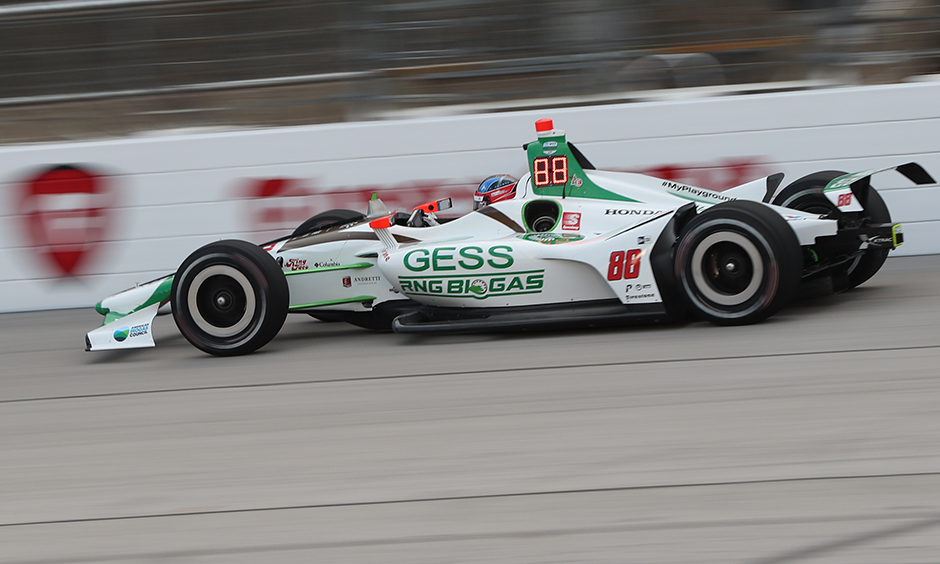 Herta fastest in Texas practice, but Dixon best without a tow

“I did get a nice tow, obviously, but that’s not what we’re really looking at right now because it was new tires, trimmed (for low downforce) and a tow,” said Herta, winner of the earlier race in Texas this season, the INDYCAR Classic at Circuit of The Americas in Austin.
While Dixon was sixth on the overall speed list, the three-time Texas winner topped the no-tow chart, with Rossi second (219.058 mph), Andretti Autosport’s Ryan Hunter-Reay third (218.331) and James Hinchcliffe of Arrow Schmidt Peterson Motorsports fourth (218.086).