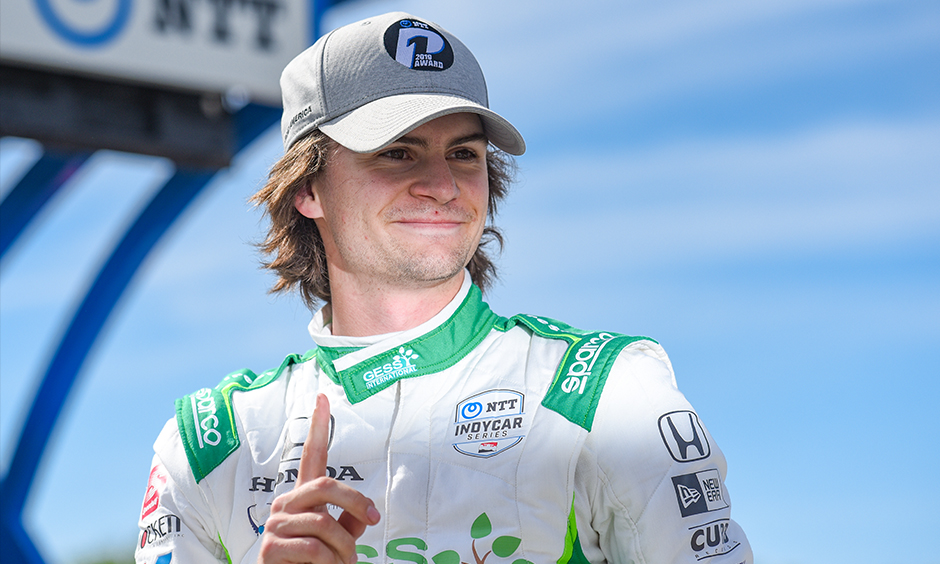 Nearly three months after becoming the youngest race winner in Indy car annals, Herta added youngest pole winner to a growing list of accomplishments.
In the Firestone Fast Six, the last of Saturday’s three knockout qualifying rounds, Herta – 19 years, 83 days old – turned a lap of 1 minute, 42.9920 seconds (140.306 mph) in the No. 88 GESS Capstone Honda to win the pole.
Herta became the youngest race winner in Indy car history on March 24, when he drove to victory in the INDYCAR Classic, the NTT IndyCar Series race at Circuit of The Americas in Austin, Texas, at the age of 18 years, 259 days.