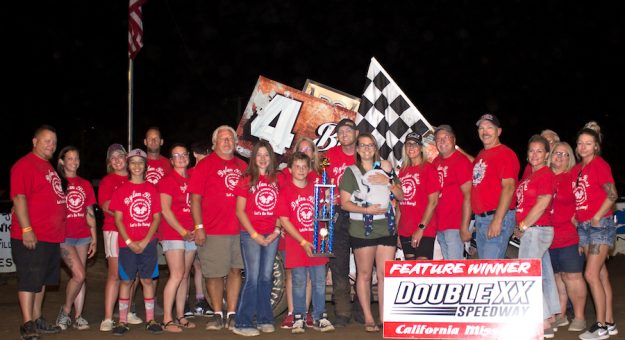 — Cole Henson was in the right place at the right time Sunday night during the Dylan Bias Memorial Super Stock event at Double X Speedway. His brother, Derek Henson led the majority of the race, but on lap 18, his engine expired on the backstretch, Cole Henson took full advantage, taking the lead on the restart and never looking back. Bradley McDowell took advantage of his front row starting spot, and led the entire race to grab the Pure Stock victory. Darin Porter finished second with Preston McDowell third, Justin McDowell fourth and Shayne Healea fifth. Tyler Blank started on the outside front row and jumped to an early lead.