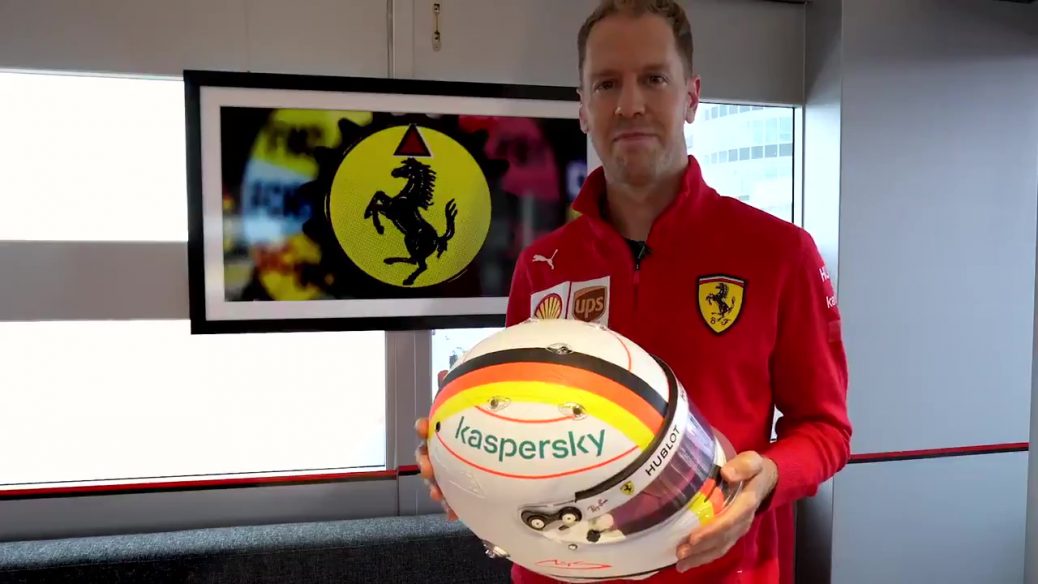 FORMULA ONE star Sebastian Vettel paid tribute to Ferrari legend Michael Schumacher with a new helmet for the Eifel Grand Prix. Outgoing Ferrari driver Vettel, 33, is commemorating 51-year-old Schumacher’s last win on German soil in 2006. At first glance Vettel’s helmet appears unchanged for the race weekend at the Nurburgring. In a clip released by Ferrari, Vettel – who will drive for Aston Martin next year – said: “For this weekend’s German Grand Prix I will wear a new helmet. “Thinking of him and his last race here – when he won in 2006, last time he won on German soil – so I would believe it’s a nice gesture and I’m looking forward to wearing the helmet this weekend.”.