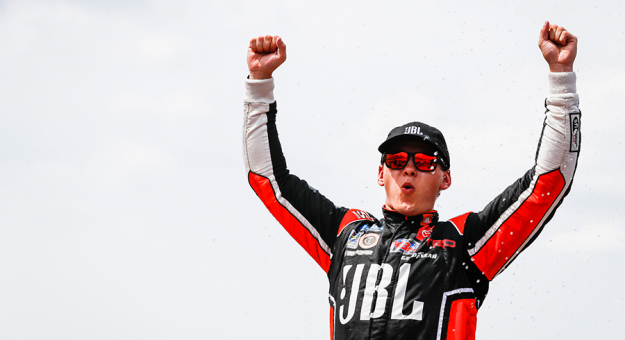 MADISON, Ill. — Pole winner Corey Heim lost the lead on lap 18 of Saturday’s Toyota 200 at World Wide Technology Raceway at Gateway. He didn’t regain it until the first lap of overtime, when front-runner Christian Eckes spun his tires on a restart on lap 164. Eckes was leading comfortably with just over two laps left in regulation when Tanner Gray spun in Turn 3 to cause the 10th caution of the race. That opened the bottom row for Heim, who lined up to the inside of Eckes and surged into the lead when Eckes’ No. Smith finished third behind Heim and Eckes after leading twice for 40 laps. That left Eckes, Kraus and Heim to battle for the lead late in the race. Toyota’s sweep of the top five was its sixth in Truck Series history.