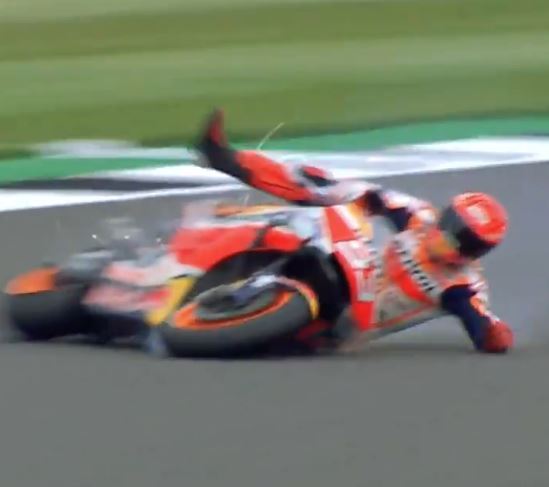 MARC MARQUEZ suffered a terrifying crash at Silverstone that saw him skid across the track for around 100 metres. As his bike continued into the grass, Marquez skidded behind it into the run-off area and began tumbling across the surface. But he required medical treatment after sand was caught in his eye in the incident. Marquez said afterwards: “Unfortunately at the end of FP1 I had a big crash and in that crash I had some sand inside my eye. “But even like this we did a good FP2, but then after FP2 I just started to feel worse with the eye.