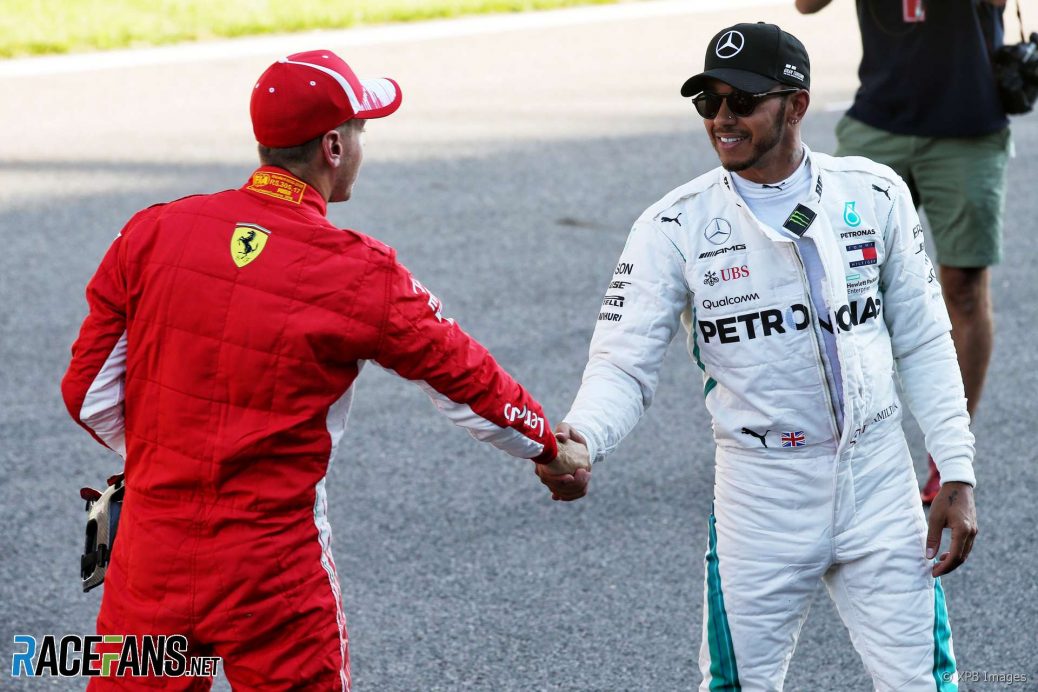 But in the second half of the year Hamilton closed down the championship fight, winning six out of seven races at one point.
Here’s what eight of Hamilton’s peers made of his latest achievement.
Definitely Seb’s made mistakes in comparison and [Hamilton’s] been the stronger of the two.
He’s been really strong especially in the second part of the year.
I think that’s the key to scoring a championship at the end of the day, it’s just picking up points.
I congratulated him, I think he drove superbly all year and was the better one of us two.