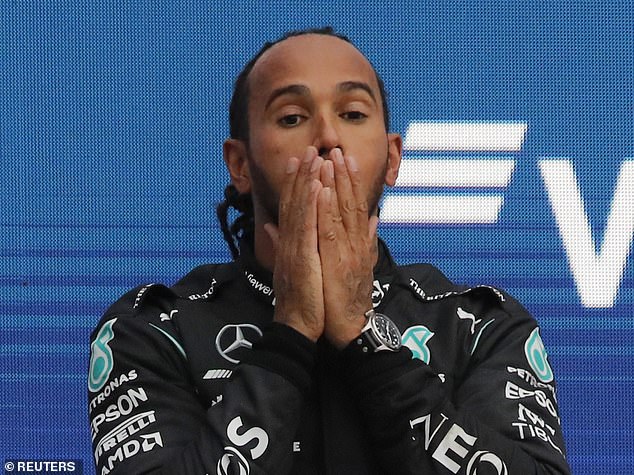 ‘He was fighting against an outside force’: Lewis Hamilton had ‘one hand tied behind his back’ by F1 race director Michael Masi during his controversial title defeat by Max Verstappen, claims former Red Bull driver Mark Webber

Lewis Hamilton had ‘one arm tied behind his back’ in his controversial title-decider against Max Verstappen according to former Formula One driver Mark Webber. Masi’s call to allow some drivers to unlap themselves behind the safety cars, and not others, put Verstappen right on the tail of Hamilton on much fresher tyres as the race was set to resume with one lap to go. He had nothing to fight with, and it wasn’t through his own doing. Hamilton looked set to coast to victory with five lapped cars separating himself and Red Bull’s Verstappen. However, Masi ordered the lapped cars to unlap themselves behind the safety car, resulting in Verstappen closing the gap on his British rival. In the radio messages, Masi is heard receiving advice from Wheatley on how to deal with the lapped cars with Red Bull desperate for a final-lap shootout.