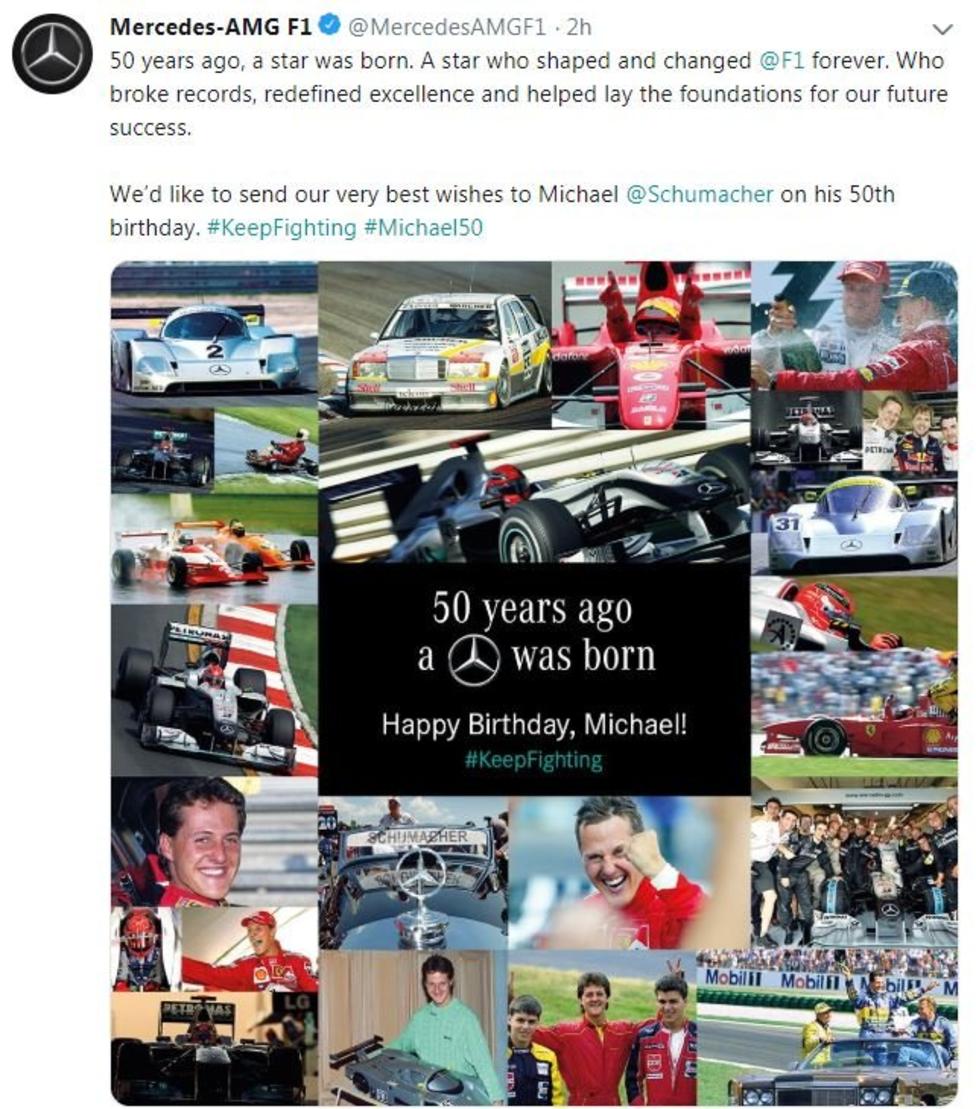 F1 legend Michael Schumacher “shaped and changed the sport forever” says Mercedes boss Toto Wolff, as tributes are paid to the seven-time world champion on his 50th birthday.
Schumacher made his debut with Jordan in 1991, before joining Benetton, where he won back-to-back drivers’ championships in 1994 and 1995.
Although he never won a race with Mercedes, Wolff credits Schumacher with being the “one of the founding fathers of the success we have had in the last five years” which has seen the team win five consecutive titles.