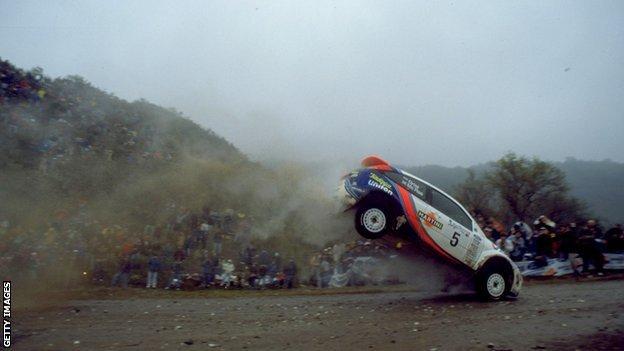 Co-driver and friend Nicky Grist remembers Colin McRae, who on 22 November 1995 became the first British driver to win the World Rally Championship (WRC) title, and at the time was the sport’s youngest ever champion at 27 years old. And now another British driver looks to be on the cusp of emulating McRae and Burns in rallying. McRae or McCrash, as he was also known, threw his car around a rally stage. McRae, like his father before him, dominated the British Rally Championship and won titles in 1991 and 1992. McRae was runner up in the WRC in 1996 and 1997, and in 1999 he joined Ford. You see 10-, 11-year-olds who have Colin McRae T-Shirts on,” said Hoy. “The memory of Colin McRae even after 13 years since he died will last for many years to come.