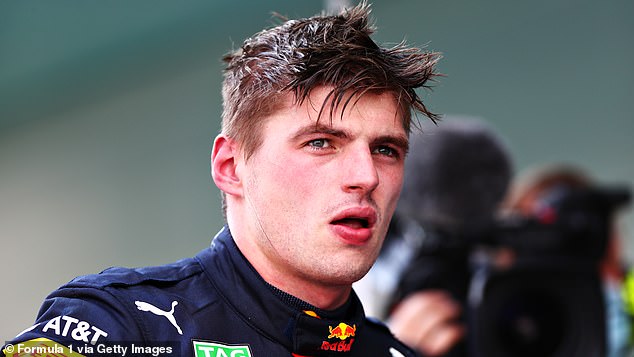 ‘He has just annihilated them’: Max Verstappen is outperforming his team-mates in a way not seen since Michael Schumacher and Ayrton Senna, according to Jenson Button – as he admits he would love to see Dutchman battle Lewis Hamilton for F1 world title

Max Verstappen is outperforming his team-mates to a level not seen since Michael Schumacher and Ayrton Senna, according to former Formula One world champion Jenson Button. Jenson Button hailed Max Verstappen for annihilating his team-mates in the last two years. The Dutchman has finished above team-mate Alex Albon (left) in every race this year. ‘You compare him to his team-mates the last two years, he has just annihilated them,’ Button told the In the Fast Lane Podcast. I don’t think there’s been a driver that’s annihilated their team-mate like he has in a very long time.’. Button also compared the 22-year-old’s record against his team-mates to Ayrton Senna’s. ‘It’s tough for [Max], because now he doesn’t have a competitive team-mate.