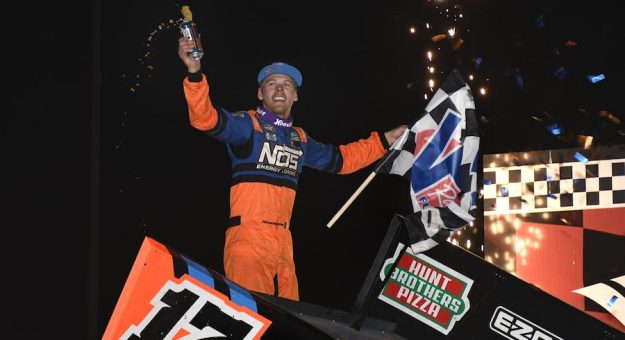 — Sheldon Haudenschild claimed victory in a Memorial Day Spectacular that lived up to its name Monday night at Lawrenceburg Speedway. “I’m just happy we survived and came out with the win,” Haudenschild said. 57 into the second spot with a massive slider on Schuchart and was within striking distance of Haudenschild when the yellow lights flashed for a slowing Parker Price-Miller. With only two laps left, a nearly sold-out crowd at Lawrenceburg knew anything could happen with Haudenschild, Larson and Schuchart lining up 1-2-3 as the green flag waved. Ultimately, Larson’s plan to disrupt Haudenschild never had a chance to play out as Schuchart shot a big move at the No. Larson had a plan to attack Haudenschild on the last lap, but the caution flew and ruined all timing.