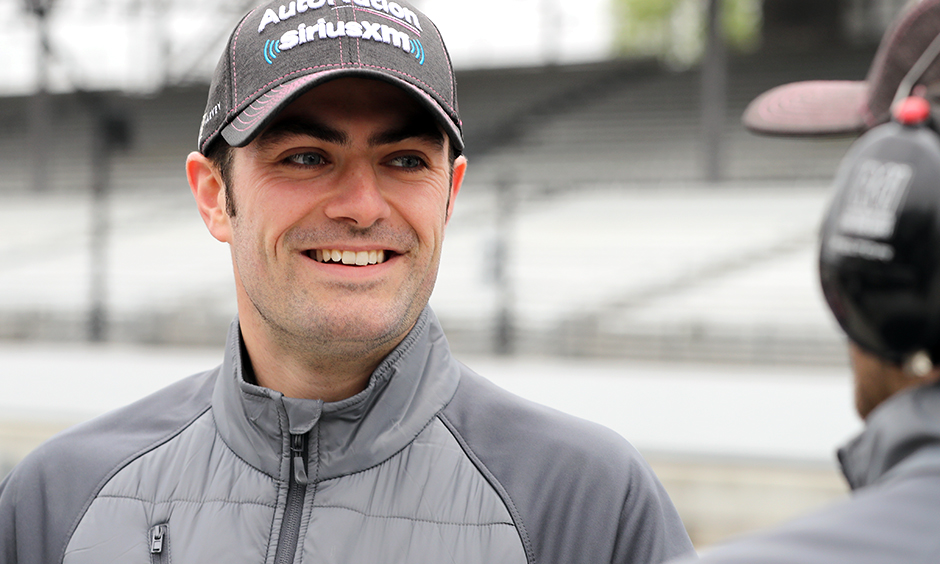 Indianapolis, Indiana — As surprising as his third-place start in Saturday’s INDYCAR Grand Prix is, Jack Harvey isn’t a stranger to positive results at Indianapolis Motor Speedway.
In 2015, Harvey won two Indy Lights races at the famed track — one on the road course and one on the 2.5-mile oval.
When Saturday’s race starts at 3:50 p.m., Harvey will start third.
Harvey, a 26-year-old native of Bassingham, England, won two Indy Lights races at IMS in 2015.
The positive result Friday is part of an overall improvement for Harvey, who is in his third season in the NTT IndyCar Series.