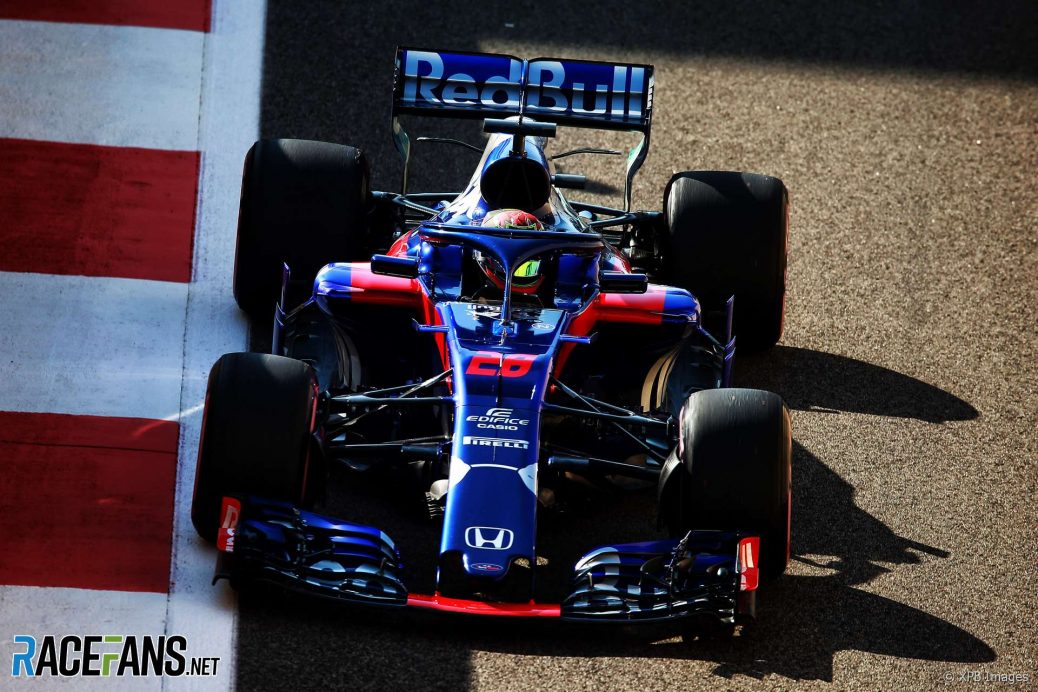 Franz Tost said Hartley, whose place at the team next year has not been confirmed, struggled with his tyres during his mammoth 53-lap stint on super-softs in the Abu Dhabi Grand Prix.
Hartley has been under pressure to raise his game to prove he deserves another year with the team.
“Pierre had a very good start, he moved himself into 13th position and he improved throughout the race, showing good pace which could have brought him to finish in 10th,” said Brendon Hartley.
Brendon Hartley: “Unfortunately, a few laps before the end he had to retire due to an issue we need to investigate further.”