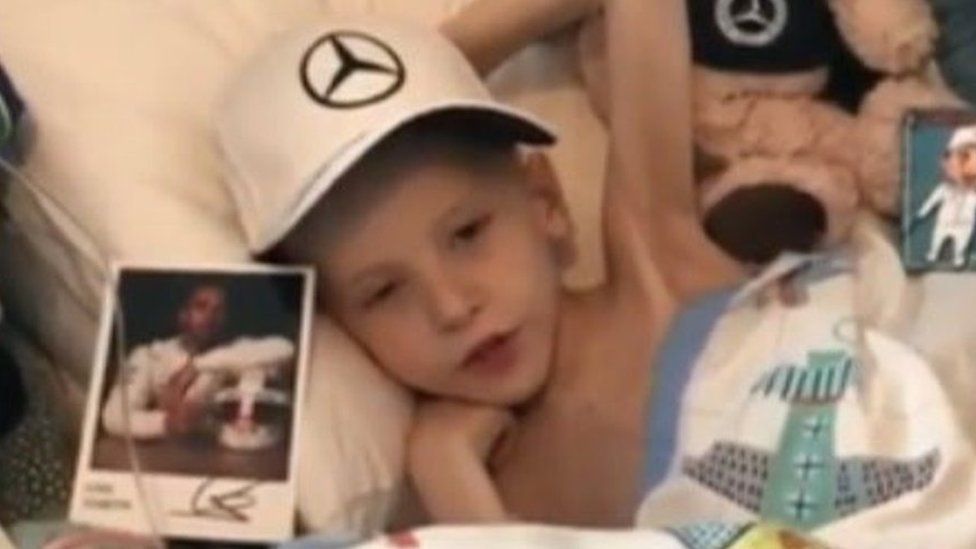 A terminally ill five-year-old boy who was sent a Formula One car after he inspired Lewis Hamilton’s victory in the Spanish Grand Prix has died.
Harry, who had Ewing’s sarcoma, had said in his video message on Instagram: “Hello Lewis Hamilton.
Charlotte Shaw, Harry’s mother, said Hamilton’s gifts “brought smiles into his life at a time when there’s a limited amount of fun to be had”.
The post on Harry’s charity page said: “On 1 June 2019, five-year-old Harry Shaw took his last breath after a tough 10-month battle against Ewing’s Sarcoma; a rare bone cancer.