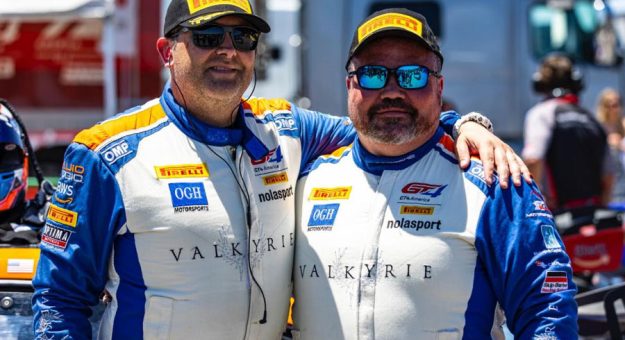 — Hardpoint’s IMSA Michelin Pilot Challenge lineup continues to grow, expanding to two cars and six drivers for next week’s four-hour race at Road America on August 4-6. 9 Valkyrie Intelligence/Phoenix Global Health Porsche 718 Cayman GT4 RS Clubsport joins the team in a partnership with OGH Motorsports with drivers Sean Gibbons, Sam Owen and Derek DeBoer co-driving. 22 Racing to End Alzheimer’s Porsche 718 Cayman GT4 RS Clubsport with co-drivers Nick Galante and Sean McAlister for the race. Gibbons and Owen will make their IMSA debuts after success in GT Americas driving a GT4 Porsche Cayman, joined by long-time successful racer DeBoer. Gibbons is the 2020 GT4 AM Champion in SRO GT4 America and a multi-time race winner. 22 Racing to End Alzheimer’s Porsche Cayman, will be joined by Capestro-Dubets as a third driver at Road America. “I’m really looking forward to joining Sean and Nick under the Hardpoint tent at Road America,” Capestro-Dubets said. “It’s been a busy summer for Hardpoint and both of our Pilot Challenge cars are in position to make some noise at Road America. 22 Racing to End Alzheimer’s Porsche Cayman and the No.