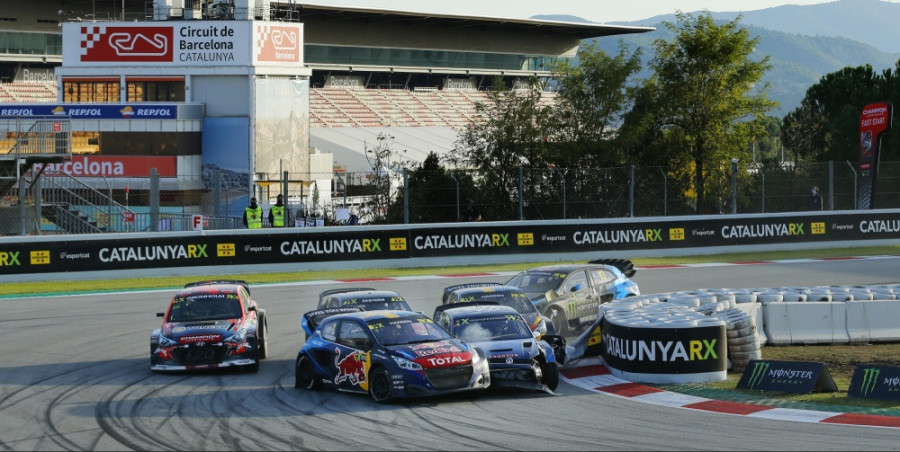 Sweden’s Timmy Hansen raced to victory at the Logitech G FIA World RX of Pirineus-Barcelona 2030, round seven of the FIA World Rallycross Championship presented by Monster Energy (17 October), his first victory since winning the 2019 Drivers’ title. Sweden’s Kevin Hansen was second to team mate and older brother Timmy Hansen in semi-final two and finished third in the final to repeat the double-podium for Team Hansen from the Catalan round in 2019. KYB Team JC’s Ekstrom overcame technical challenges with his Audi S1 during the seventh round of the season to finish fifth and remains in title contention with three rounds of the season remaining. KYB Team JC maintained its position in the lead of the Teams’ Championship standings. On his first start of the season the Audi S1 driver, racing with Team JC Raceteknik qualified in 12th but withdrew ahead of the semi-finals with a technical issue. The first round of the FIA European Rallycross Championship for Super1600 also took place at the Logitech G FIA World RX of Pirineus-Barcelona 2030.