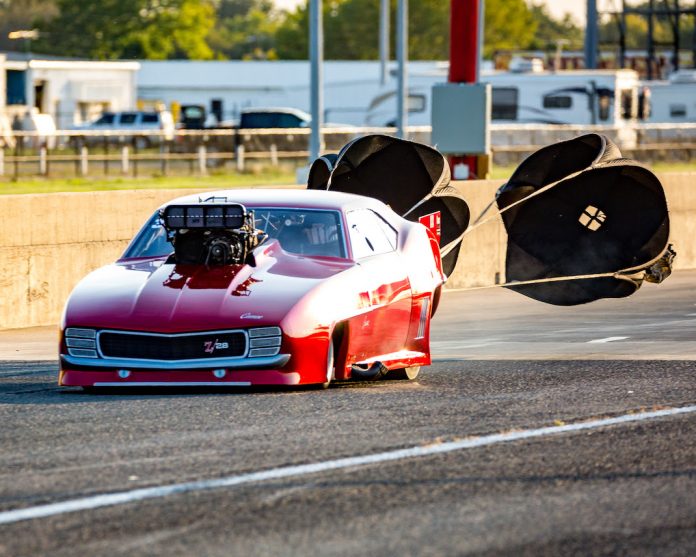 ENNIS, Texas — Former American Drag Racing League champion Jason Hamstra drove his ’69 Camaro to the top of the Pro Extreme charts at the Texas Motorplex Friday night with a lap of 3.608-seconds at 216.65 mph down the eighth-mile track. Tickets for the race, as always, are completely free of charge. Hamstra got his out of the way early, while Taylor waited until Q3 to make it interesting. The Texan laid down an impressive 3.61, but would’ve certainly made the 5’s had he not been forced to battle an ill-handling race car. Fortunately, he piloted his ’68 Camaro to a 3.693-second lap at 206.64 mph during the opening round of quals Friday afternoon.