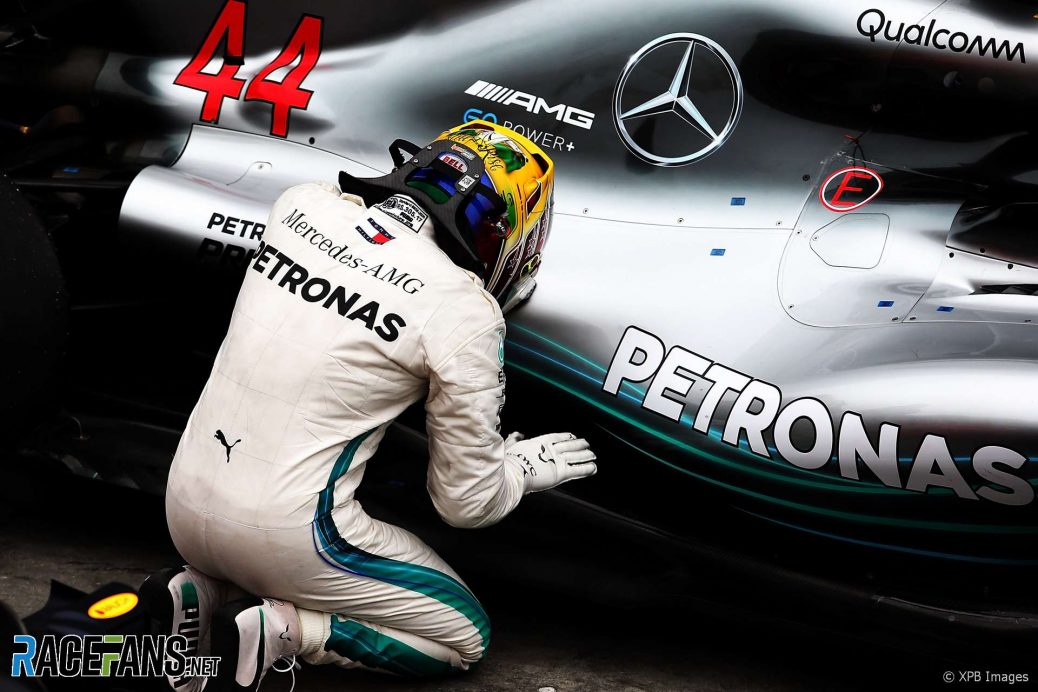 Lewis Hamilton’s power unit was “just about to break” at one stage during the Brazilian Grand Prix, Mercedes team principal Toto Wolff gas revealed.
Wolff described the moment he heard on the team’s radio the power unit was one lap away from failure.
Wolff: “What I could hear – because I’m having about 10 channels open – on one of the meeting channels was ‘Lewis Hamilton power unit failure imminent – it’s gonna fail within the next lap.’”
Wolff: “And they said we have a massive problem on the power unit and it’s going to fail next lap.”