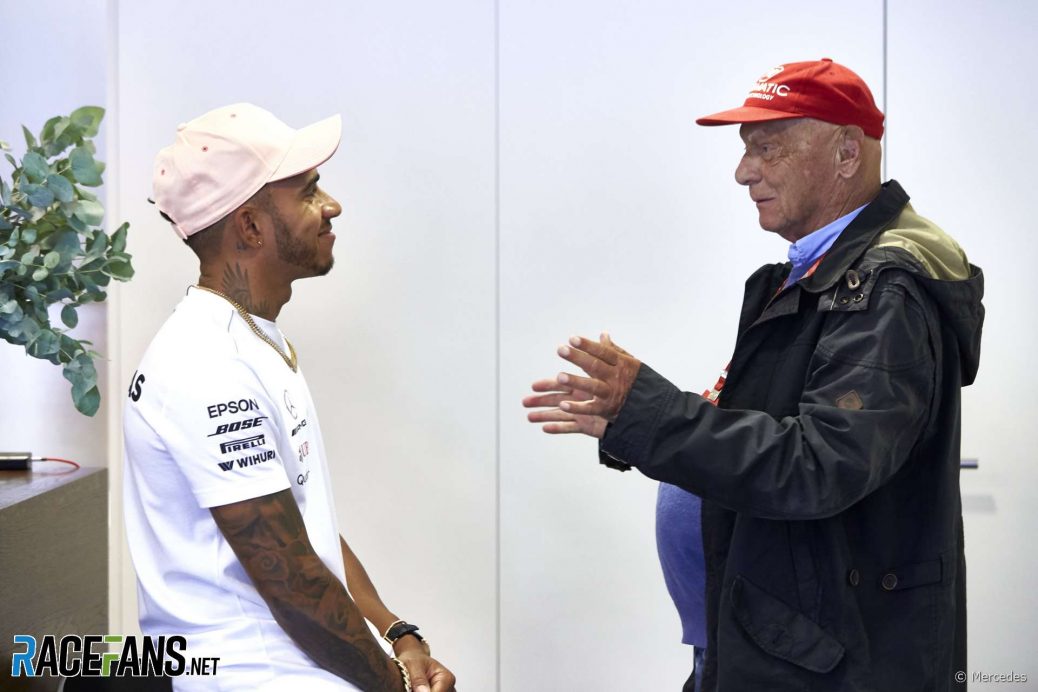 Speaking after he took pole position for today’s Monaco Grand Prix, Hamilton described how Lauda persuaded him to join the team seven years ago.
“When I found out the other day I was just thinking because I was here at home in Monaco, I was down by the pool where I live and I remembered getting a call from Niki in 2012.”
“If I hadn’t had the call all that time ago, I would be a one-time world champion now and probably 22 wins whatever it was when I was at McLaren.”
“And I sit here a five time world champion and I definitely feel like I owe him a lot.”