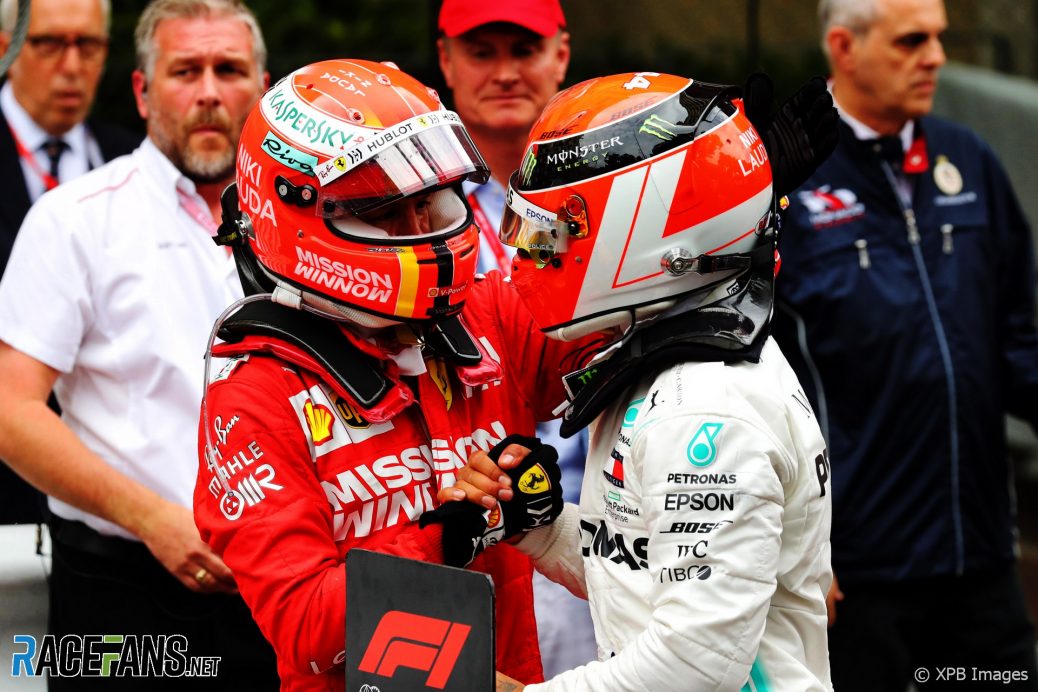 But despite a dramatic lunge from Max Verstappen, which provoked contact between the pair, Hamilton reached the finishing line half a second ahead.
But as Mercedes needed to pit both under the Safety Car, Bottas was told to drop back from Hamilton so he wouldn’t have to wait behind him in the pits, losing time to his other rivals.
This cost him another place to Vettel, who stood to gain another spot from Verstappen if he finished within five seconds of him.
Hamilton took the chequered flag half a second ahead of him, but one the five-second time penalty was applied Verstappen was relegated to fourth.