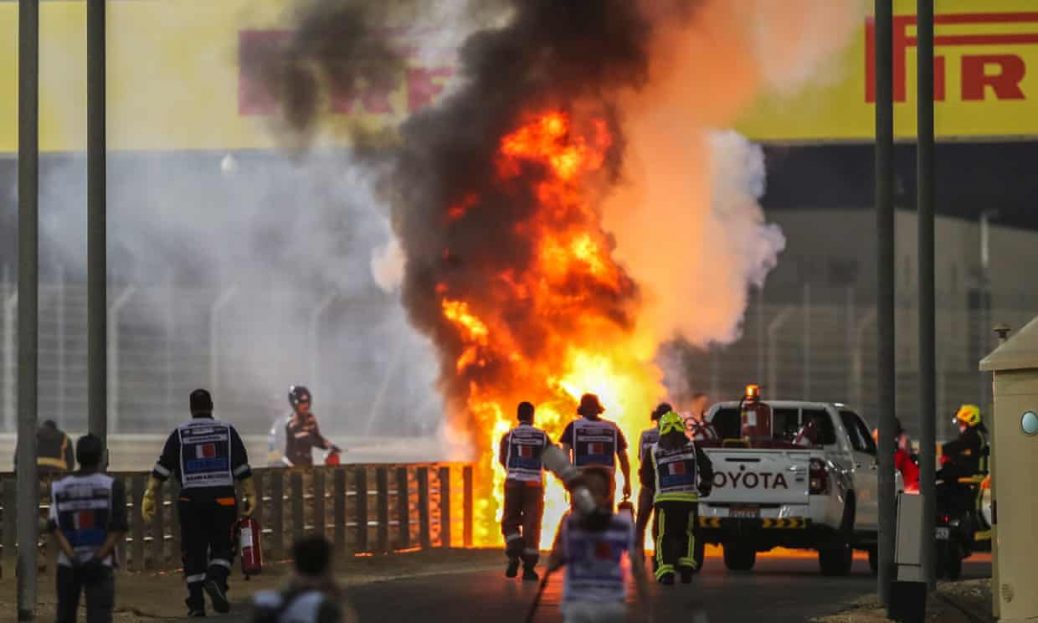 First published on Sun 29 Nov 2020 13.10 GMT. Hamilton wins, but Red Bull celebrate having Verstappen and Albon in second and third. 48/57 The lead is 27 seconds, as Verstappen found himself in heavy traffic as he came out of the pits. 46/57 Hamilton’s lead is up to five seconds now, just about and so Verstappen pits, chasing a fastest lap, perhaps. 43/57 Lewis Hamilton has now led 600 laps of the season, with two more races to go. 42/57 Hamilton’s lead is 3.4 seconds on Verstappen, opening out a fraction or two. There’s just a second of advantage over Perez, but that won’t last.