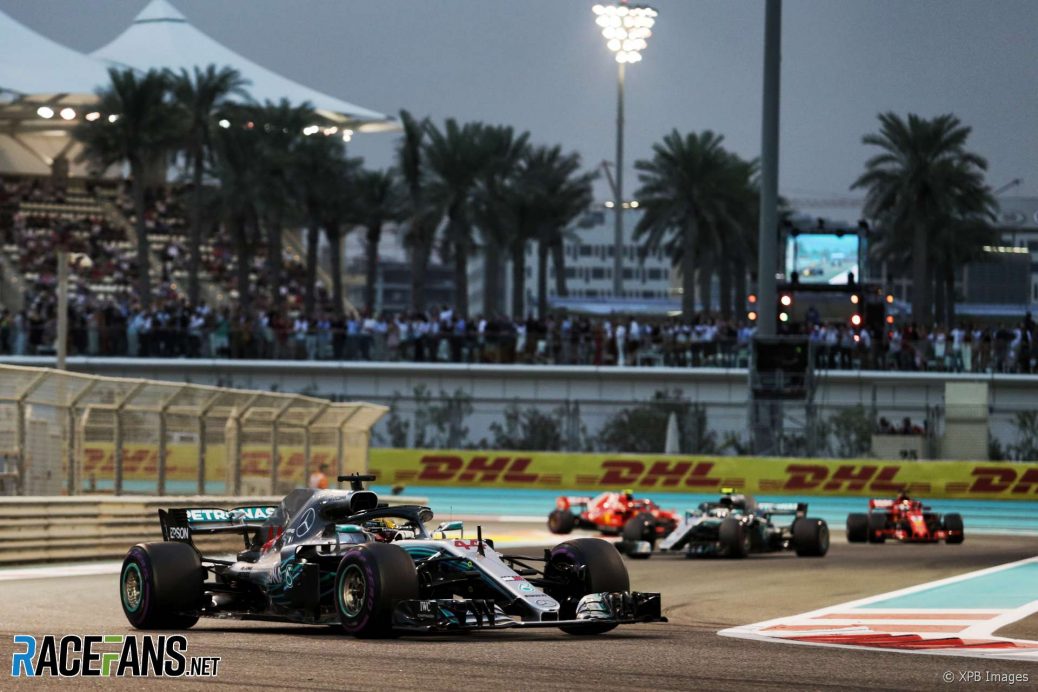 Lewis Hamilton capped his championship-winning season with his 11th victory of the year at the season finale in Abu Dhabi.
That allowed Valtteri Bottas and Daniel Ricciardo to take turns in the lead, but Hamilton returned to lead once each of those had made their pit stops.
He was passed by Sebastian Vettel and the Red Bull pair, and made an extra pit stop before finishing fifth.
Vettel was the only Ferrari driver home as Kimi Raikkonen retired early from his final start from the team with an apparent power unit problem.