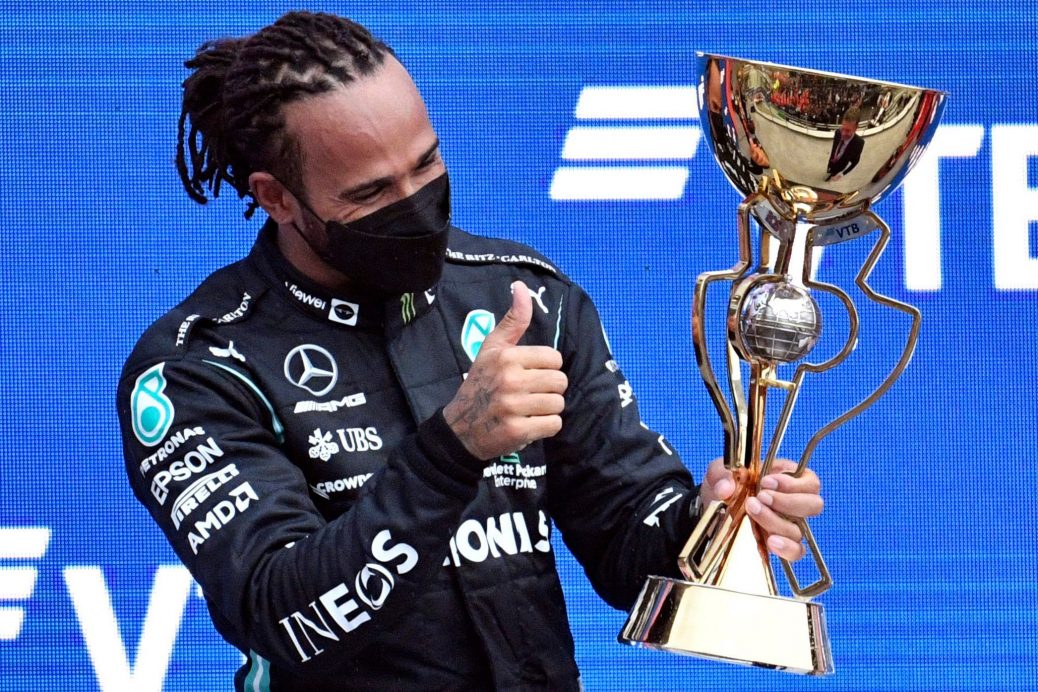 LEWIS HAMILTON won his 100TH GRAND PRIX with a dramatic late victory in Sochi on Sunday afternoon. The Mercedes star, 36, overtook British rival Lando Norris, 21, to win the Russian GP and reclaim the lead in the Drivers’ Championship. Bristol-born Norris led for much of the race after starting on pole but couldn’t claim his maiden F1 victory in the McLaren. Hamilton did change his tyres and was able to take the lead when Norris span off, becoming the first driver in history to win 100 F1 races. The rain also benefitted Hamilton’s title rival Max Verstappen, who stormed from the midfield to finish second. Hamilton consoled Norris after the race and also congratulated him on a stunning performance.