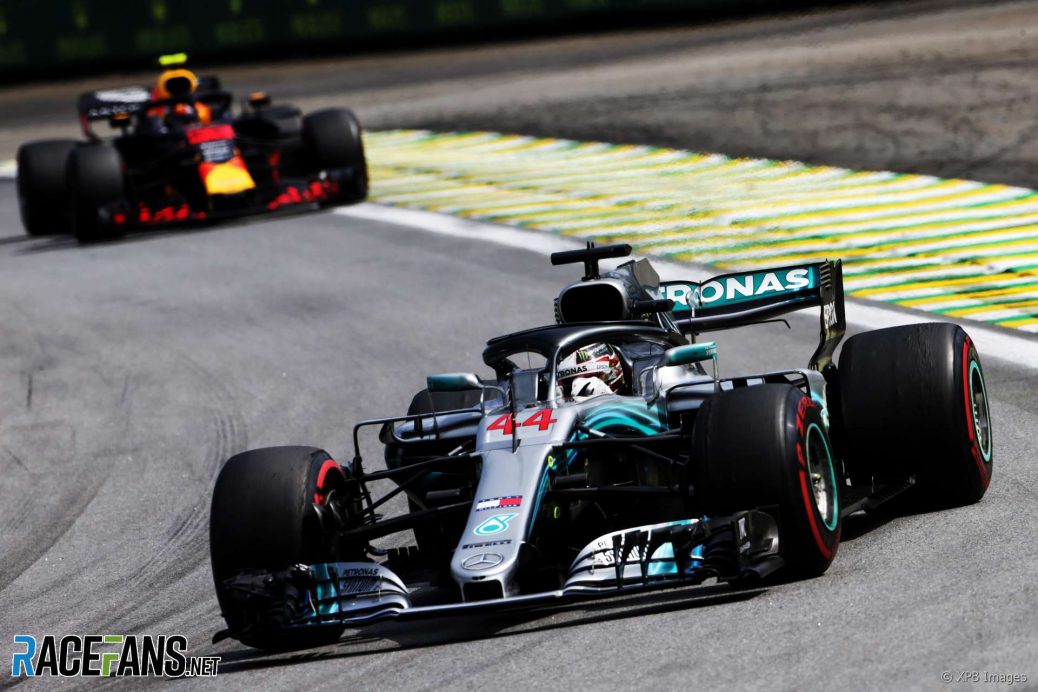 Lewis Hamilton revealed he was shouting in his car over the last 10 laps over the Brazilian Grand Prix as he feared a possible engine failure.
Hamilton said he sensed something what wrong with his car.
Hamilton said he had to not let the concern about his power unit distract him from driving.
Mercedes told Hamilton to make a series of settings changes to keep his power unit running.
Hamilton was under pressure from Max Verstappen in the final laps of the race but held on to score his 10th win of the season and clinch the constructors’ championship for Mercedes.