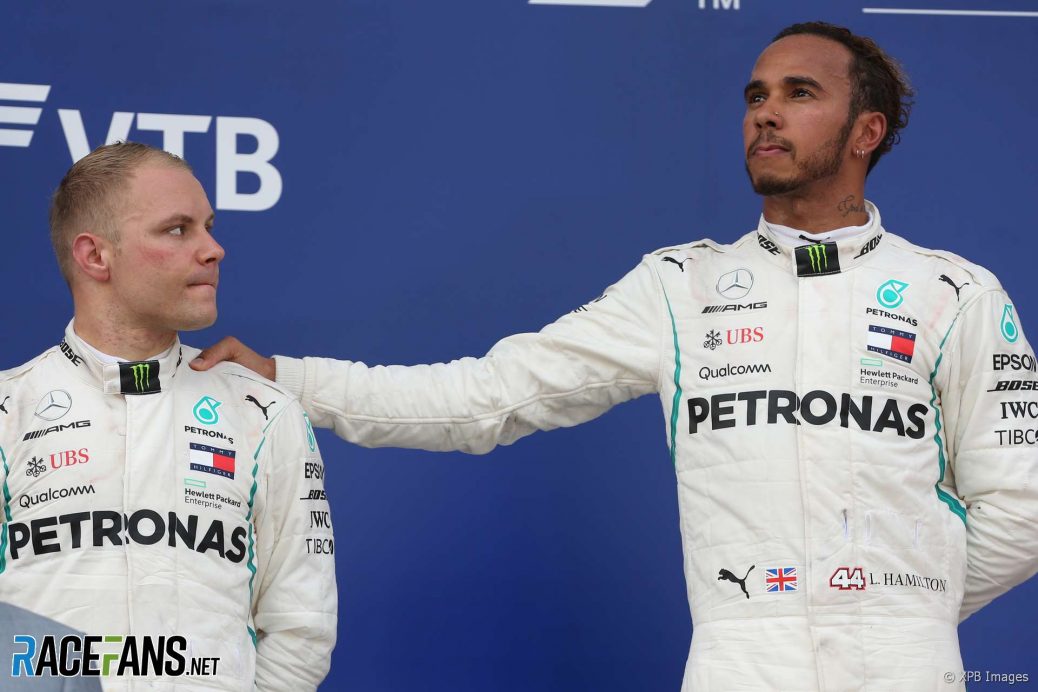 Lewis Hamilton says he doesn’t want to experience a repeat of last year’s Russian Grand Prix, where team mate Valtteri Bottas was ordered to let him win.
Mercedes ordered their drivers to swap positions as Hamilton was leading the championship while Bottas trailed him by 110 points with 150 available.
“By this point in the year the team were like, ‘we’re going to do everything to make sure, Lewis is now so far ahead you can’t catch him in the championship so now we’ve got to start supporting him to make sure we tie up both championships’.”
Hamilton said he did want to give Bottas the lead back before the race ended.