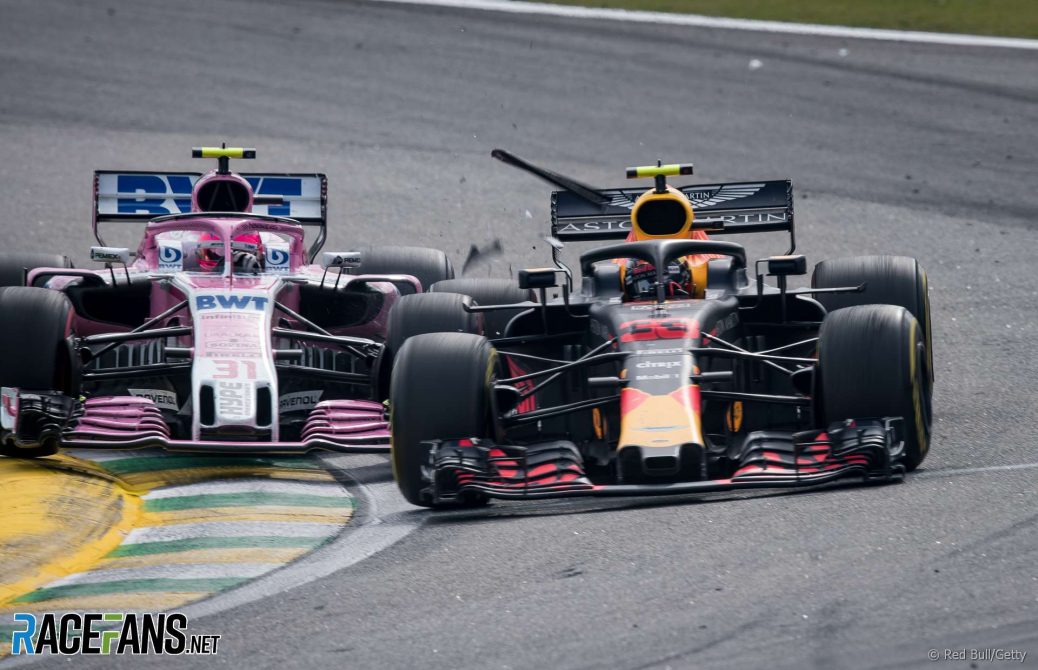 Lewis Hamilton believes Esteban Ocon was not wholly to blame for his collision with Max Verstappen, saying it would have been “simple” for the Red Bull driver to leave him room.
Ocon, who was a lap behind Verstappen, knocked the leader into a spin and left him with damage which allowed Hamilton through to win the race.
But Hamilton said Ocon had a right to attempt to un-lap himself from the Red Bull.
Ocon was running on super-soft tyres and lapping more quickly than Verstappen.
Verstappen should have allowed more space for Ocon, said Hamilton.
Esteban Ocon: “More like maybe it’s 60-40.”