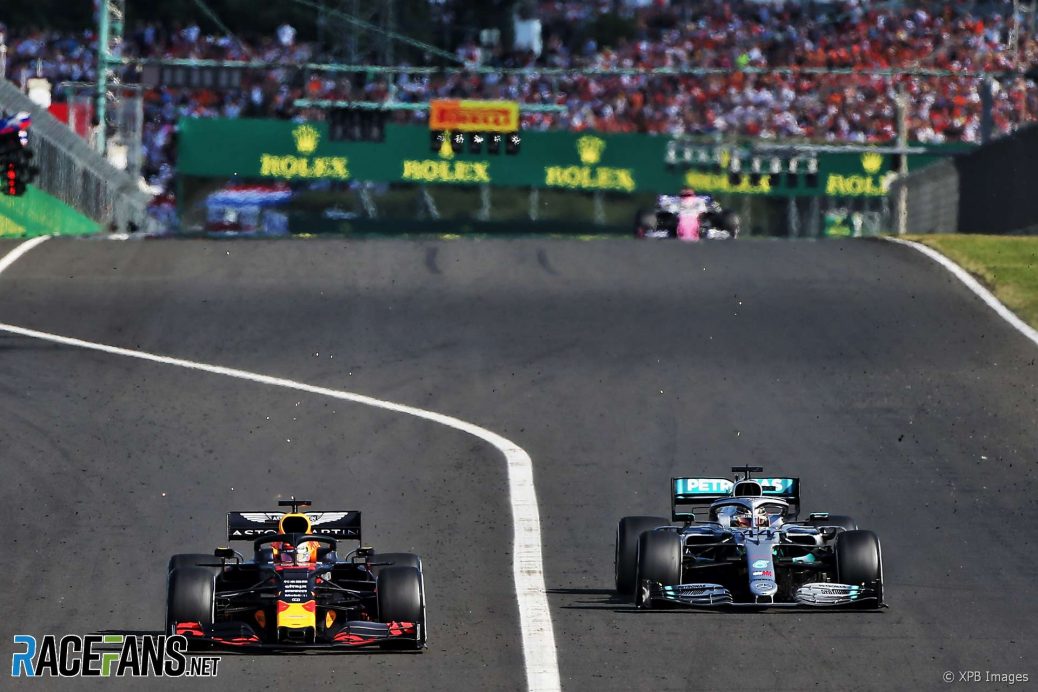 Lewis Hamilton says he and Max Verstappen would have fought each other a lot harder in the Hungarian Grand Prix if both of them had been in contention for the championship.
Lewis Hamilton: “If we were fighting over the same points it may have been a lot more aggressive but there was no need for that today.”
Lewis Hamilton: “There is really no better feeling from a racing driver’s point of view when you have a race like today where you face a really strong competitor and a great driver like Max obviously at their best.”