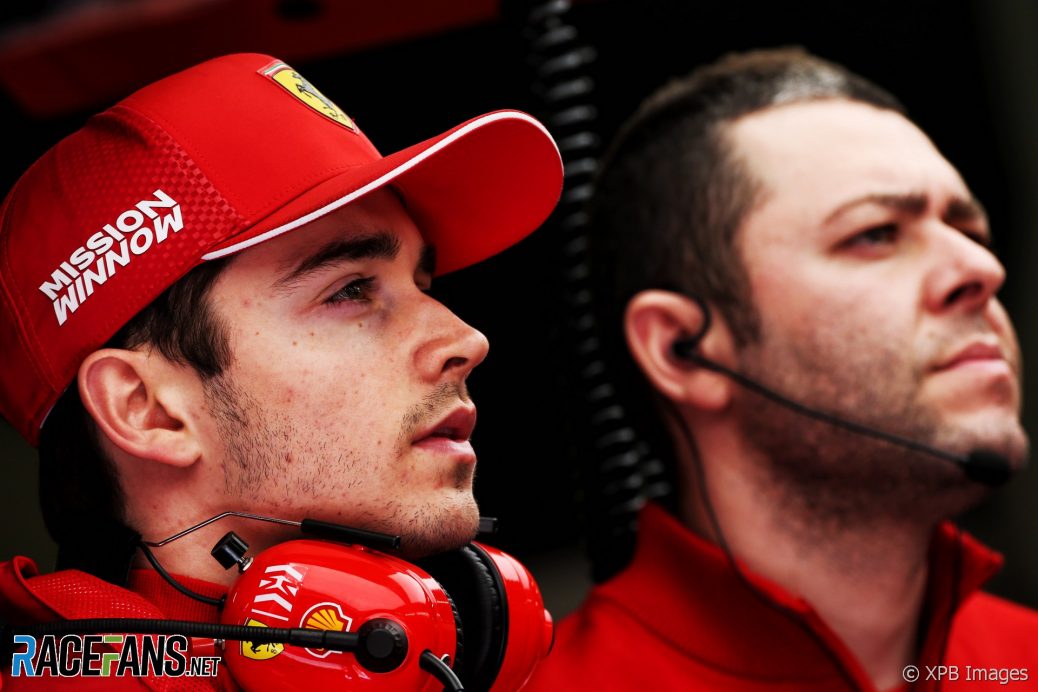 Lewis Hamilton says new Ferrari driver Charles Leclerc should not be expected to be immediately at the level of his team mate Sebastian Vettel.
Asked whether Leclerc can rival Vettel in his first season at Ferrari, Hamilton said: “Time will tell.
Lewis Hamilton: “He’s young, he’s going to make mistakes.”
Lewis Hamilton: “So it will interesting to see how those two parallels work together.”
“I’m not someone that generally has expectations of anything but I would assume he’s going to try and be more aggressive this year.”
“I’m sure he’s going to be pushing harder.”