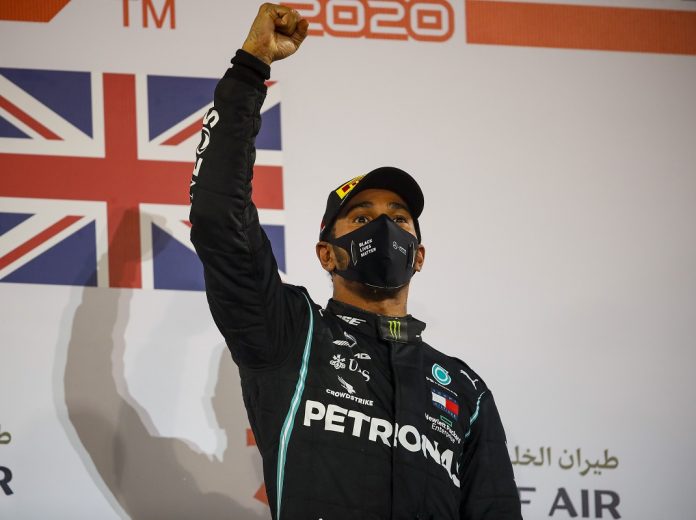 SAKHIR, Bahrain – Lewis Hamilton became a four-time winner at Bahrain Int’l Circuit during an incident-filled Formula One Bahrain Grand Prix on Sunday. Hamilton took his 11th win in 15 races this season with a relatively comfortable drive, outpacing the Red Bull Racing pair of Max Verstappen and Alex Albon in the end. Other than that, Hamilton was virtually unchallenged en route to his record-extending 95th F-1 grand prix victory. From there, Hamilton’s drive to victory was smooth as can be, while Verstappen stalked him throughout the race before settling for the runner-up honors. In parc ferme after the race, Hamilton’s focus was not on his victory, but rather on the safety of the modern F-1 cars and Grosjean’s health in the wake of the wild first-lap crash.