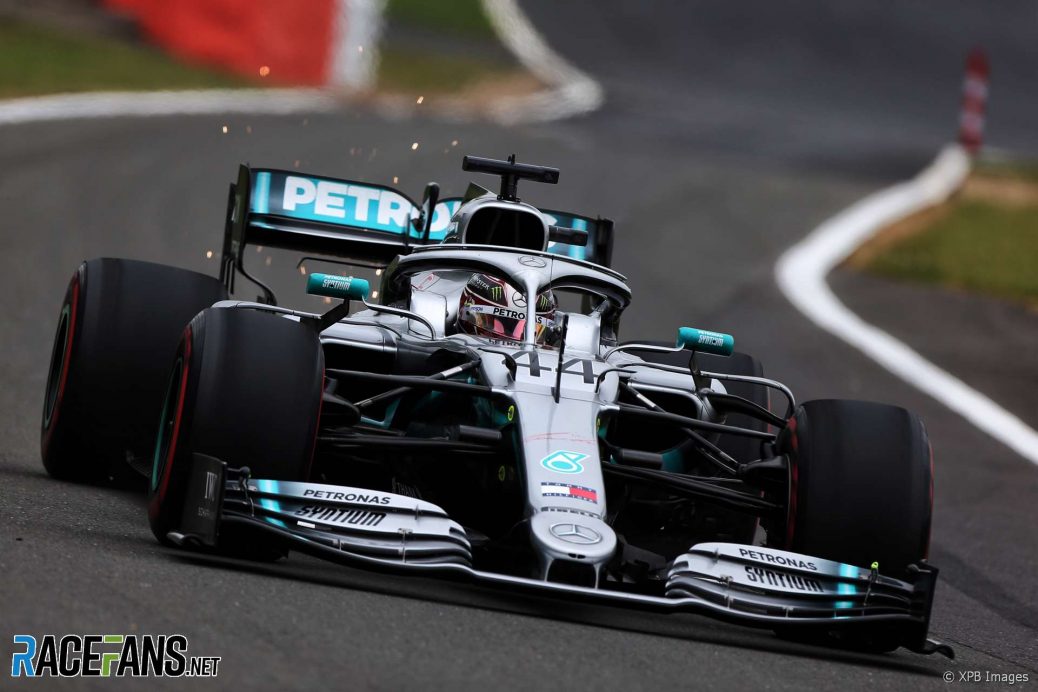 Lewis Hamilton scored a record-breaking sixth British Grand Prix victory in an action-packed race.
The Mercedes driver got ahead of team mate Valtteri Bottas thanks to a mid-race Safety Car period triggered by Antonio Giovinazzi.
Bottas resisted a had already pitted to cover off the threat from the cars behind him but Hamilton, running longer, was able to save time by pitting during the Safety Car period and came out ahead of his team mate.
Carlos Sainz Jnr benefited and claimed sixth place but his team mate Lando Norris, who pitted earlier, was unhappy with his strategy and dropped to 12th.