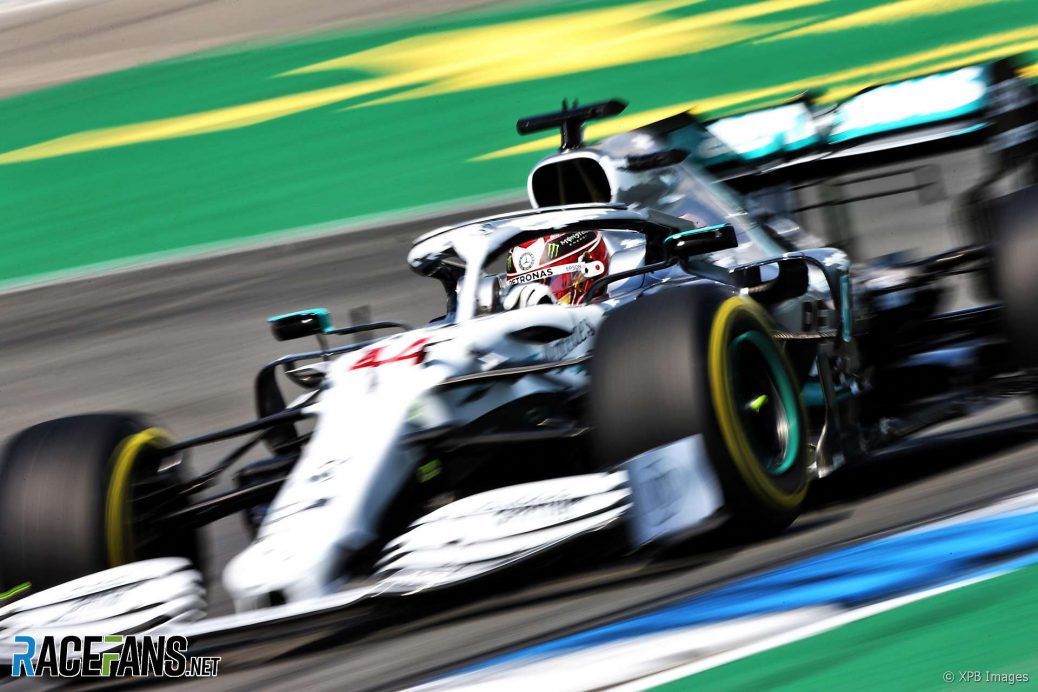 Lewis Hamilton claimed a surprise pole position for the German Grand Prix after technical problems hit Sebastian Vettel and Charles Leclerc.
Max Verstappen ill join Hamilton on the front row of the grid at the Hockenheimring.
Ferrari went into qualifying in strong shape after leading all three stages of practice.
Hamilton laid down the initial benchmark with a 1’11.767, but Verstappen split him from the other W10, Bottas almost half a second off his team mate.
Hamilton couldn’t find any more time with his final effort but it didn’t matter as neither Verstappen nor Bottas were able to get significantly closer.