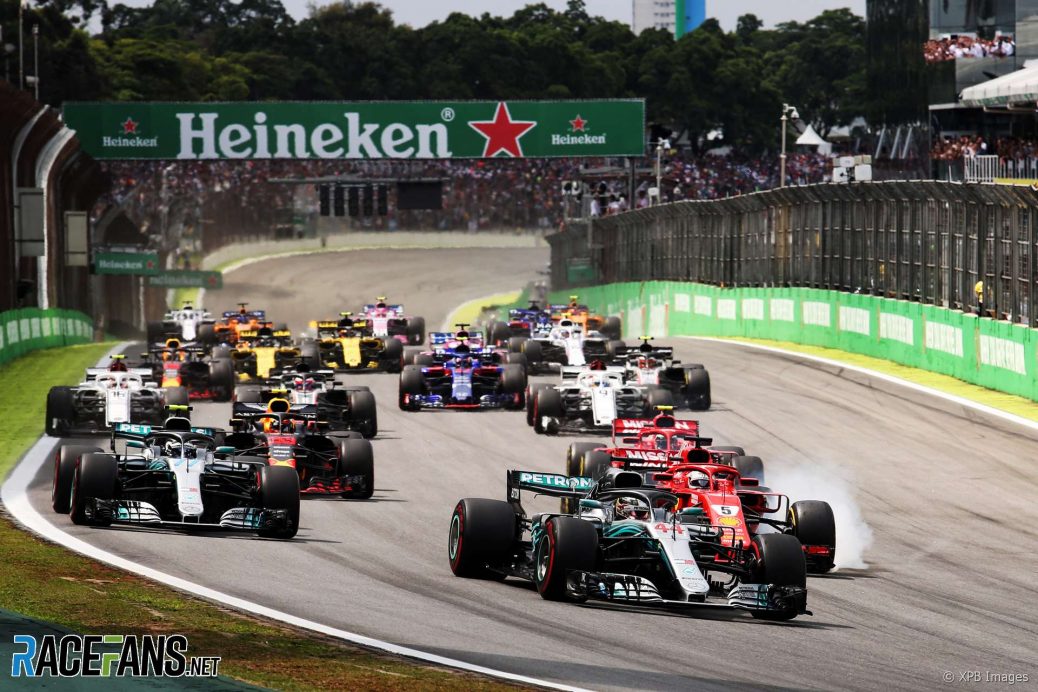 Lewis Hamilton scored his 10th victory of 2018 and secured the constructors’ championship for Mercedes in a dramatic Brazilian Grand Prix.
Max Verstappen took the lead off Hamilton earlier in the race but was knocked into a spin by Esteban Ocon as he lapped the Force India.
The Red Bull driver was able to get going again and finished the race one-and-a-half seconds behind the winner, as Hamilton struggled with power unit problems.
Nonetheless a furious Verstappen pushed Ocon repeatedly when the pair met after the race.