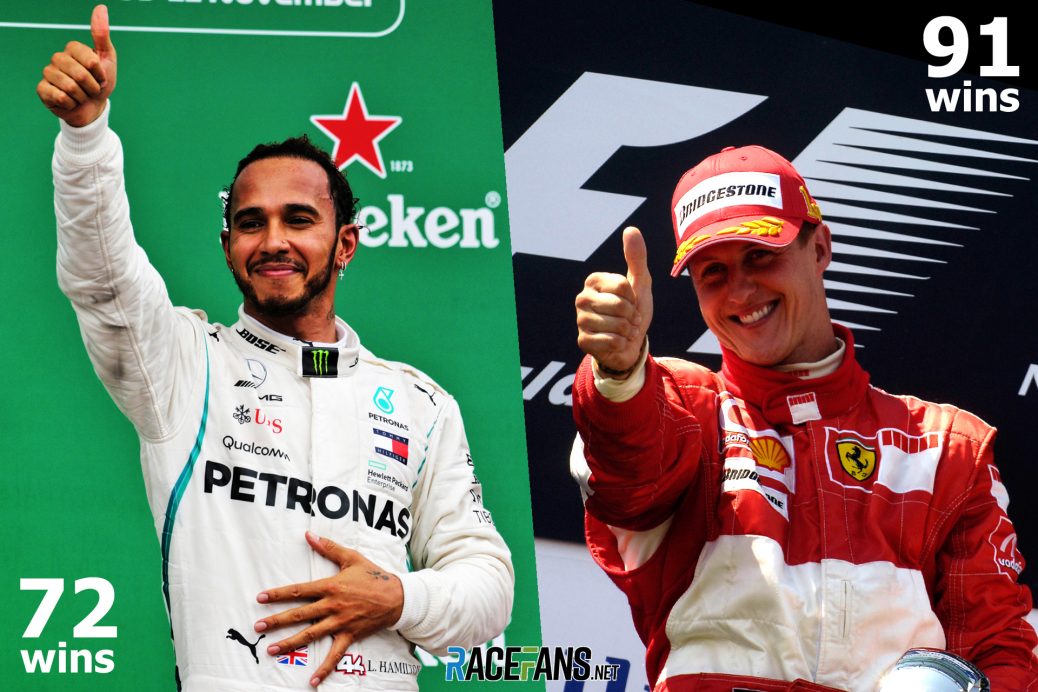 Sunday’s Brazilian Grand Prix was Hamilton’s 19th victory of the last two seasons, with one race still to run this year.
Hamilton has surpassed his championship rival Sebastian Vettel as the driver most likely to inherit Schumacher’s mantle.
Hamilton is now closer to Schumacher’s total wins tally than Vettel is to Hamilton’s:
Mercedes matched Ferrari’s record for 2000-2004, though they need one more constructors’ title next year to beat their Italian rivals’ record of six in a row.