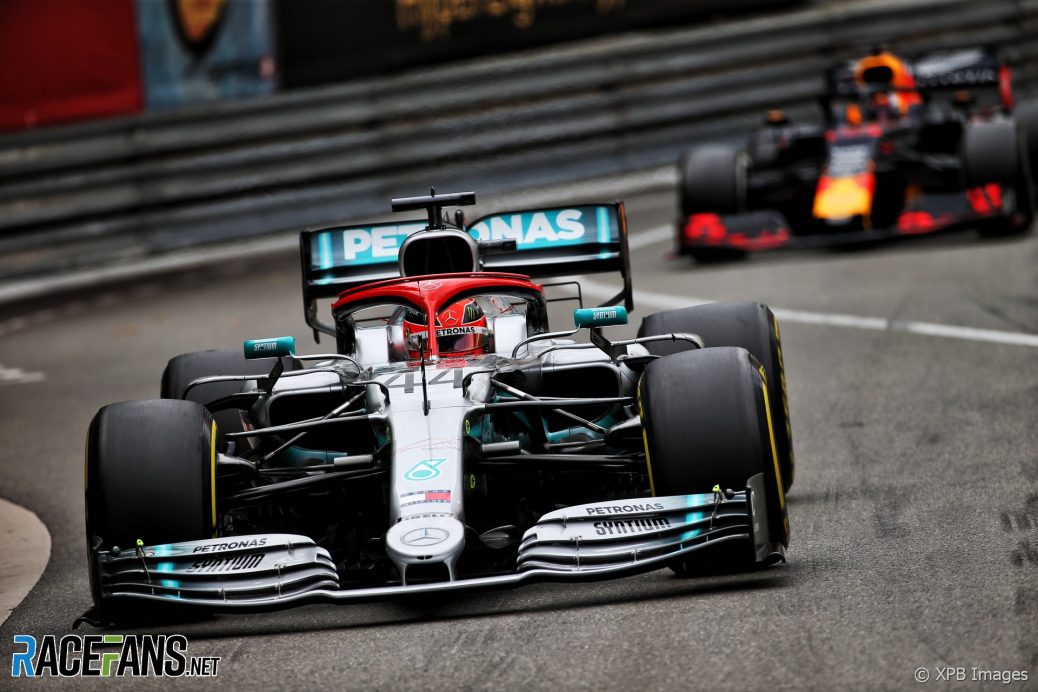 Lewis Hamilton has won the Monaco Grand Prix for the third time after withstanding heavy pressure from Max Verstappen for much of the race.
The Mercedes driver held the lead from the start of the race but came under attack from Verstappen after the pair made their first pit stops early under a Safety Car period.
Hamilton was leading team mate Valtteri Bottas at the time, but a quick Red Bull pit stop moved Verstappen into second, though he incurred a five-second penalty for an unsafe release after clipping Bottas.
Mercedes put Hamilton on the medium compound tyres while Verstappen opted for the hards.