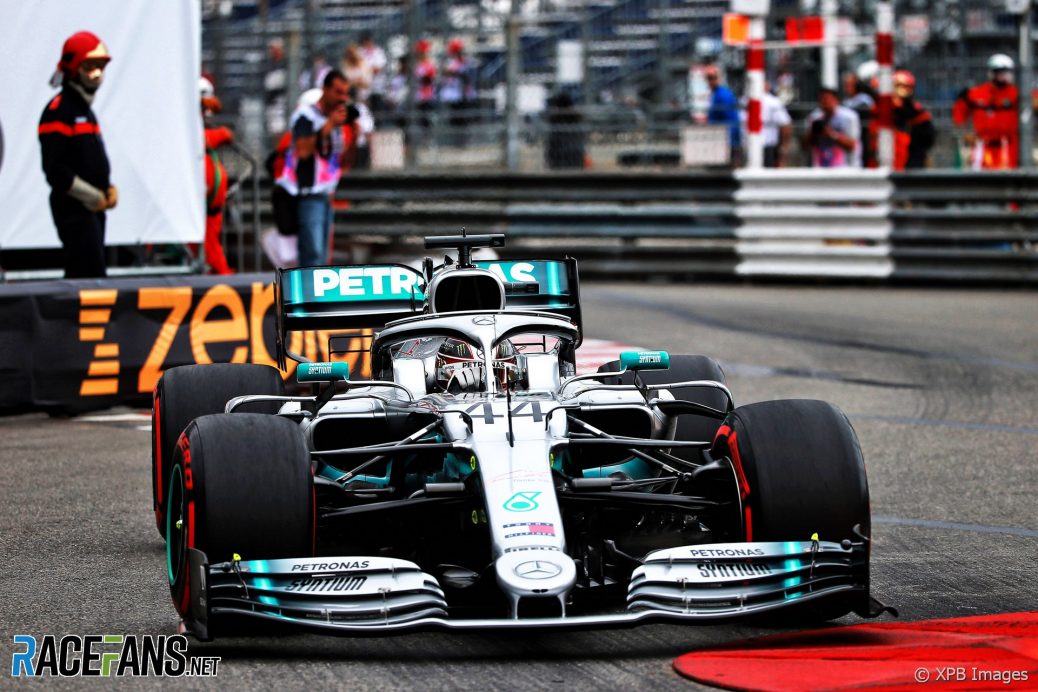 Lewis Hamilton says he was surprised Mercedes ended Thursday practice for the Monaco Grand Prix over seven-tenths of a second quicker than their closest rivals.
“I don’t know where all the time has come from,” said Hamilton, who was less than a tenth of a second faster than team mate Valtteri Bottas in both of today’s sessions.
Hamilton said he’d only made minor changes to the car in the course of today’s running.
Max Verstappen split the Mercedes pair during first practice, but a damaged radiator limited his running in the second session.