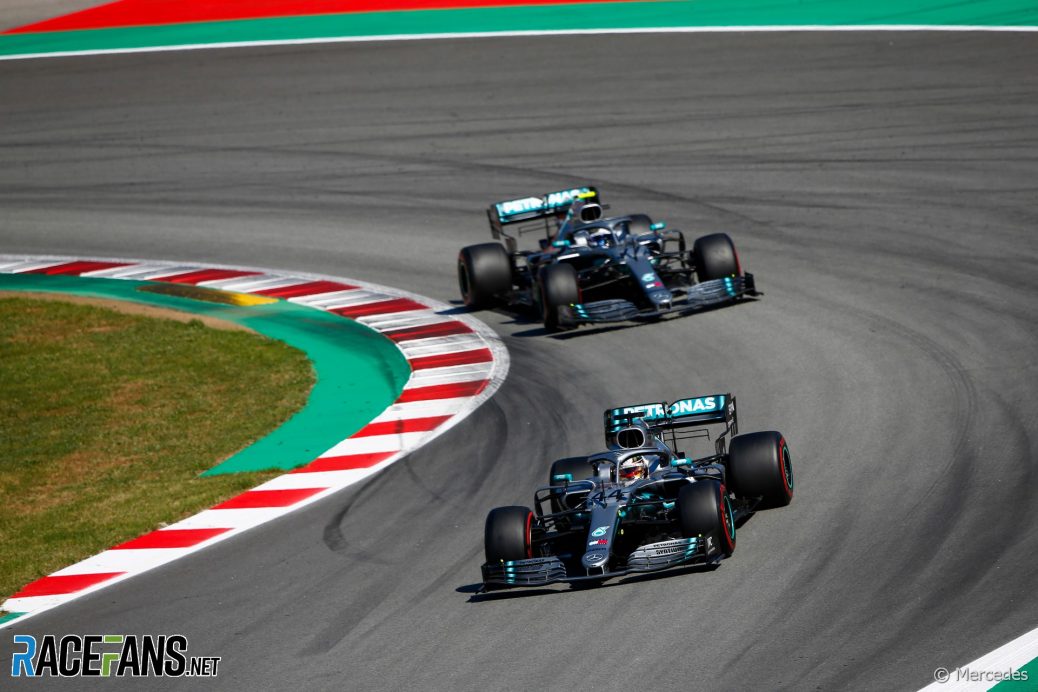 Lewis Hamilton spent a full day at the Mercedes factory on Thursday as he continues his efforts to master the team’s latest Formula 1 car, which he says he is still not entirely comfortable with.
Speaking ahead of his factory visit Hamilton said he was pleased with his race performance but believes there are other areas he can raise his game.
Hamilton said he intended to use his routine visit to debrief extensively with the team to understand whether Bottas’s driving style was giving him an advantage over a single lap.
Lewis Hamilton: “I’ll be dialling in to try to really understand.”