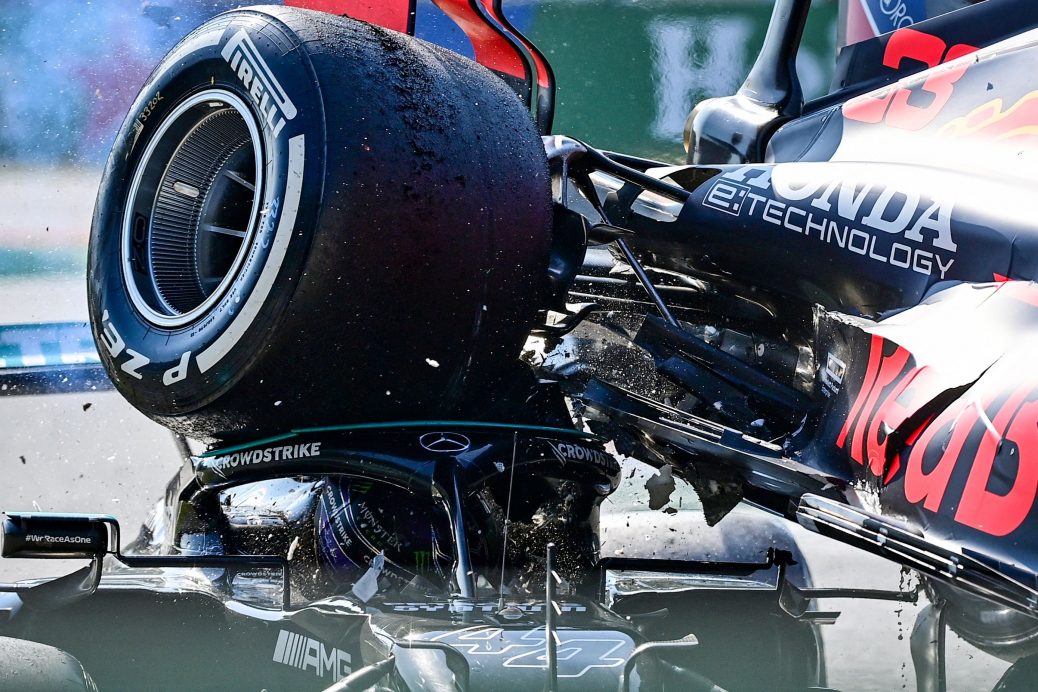 LEWIS HAMILTON escaped his crash with Max Verstappen with just a sore neck after his rival’s Red Bull landed on top of his car. He stated: “We realised we were going to be close into Turn 1. “He realised I was going for it and kept squeezing me and I wanted to work with him, I wanted to race. He did not even need to – if he would have left me a car width we would have raced out of Turn 2 and he would have probably would have stayed in front anyway. [Verstappen] probably knew if Lewis stays ahead, that is the race win, possibly.