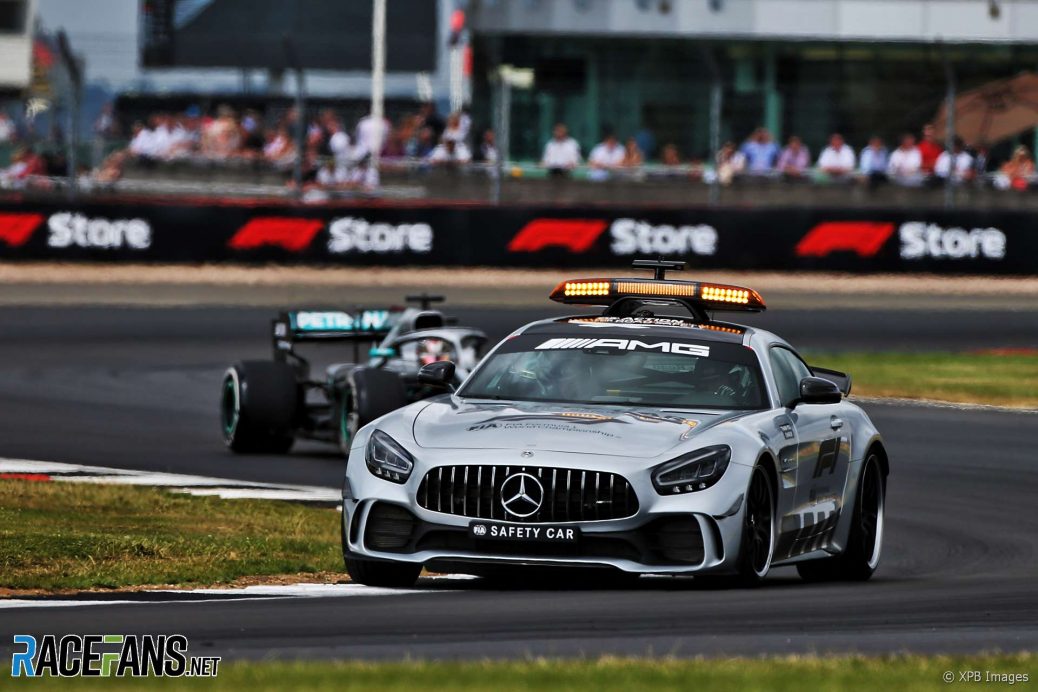 Lewis Hamilton says he opted for the one-stop strategy which meant he would have won the British Grand Prix even if the Safety Car hadn’t appeared.
Wolff said the appearance of the Safety Car helped swing the race in favour of Lewis Hamilton, who was running the ‘offset’ strategy.
However according to Hamilton it wasn’t specified that the second-placed driver would run that strategy.
Hamilton said he was determined from that moment to complete the race without pitting again and he felt the appearance of the Safety Car made no difference to the outcome.