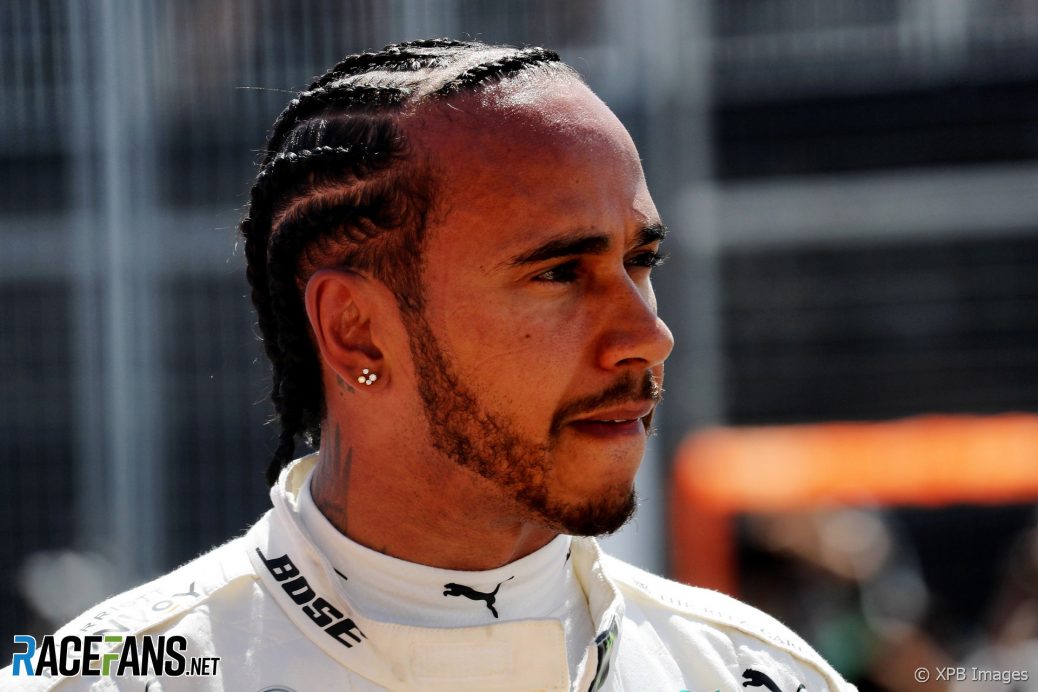 Lewis Hamilton has spoken out against returning to 2018-specification Formula 1 tyres ahead of a meeting between teams, the FIA, FOM and Pirelli tomorrow.
Hamilton said he expects the Grand Prix Drivers’ Association to be represented at the meeting and argued against returning to last year’s tyres, saying it would make the racing worse.
“Tomorrow morning they have a meeting [of] the tyre group,” said Hamilton, “We are all united in that so hopefully a driver will be in there.
“Because I heard for example they’re trying to bring back 2018 tyres which were worse than [this] year’s tyres.”