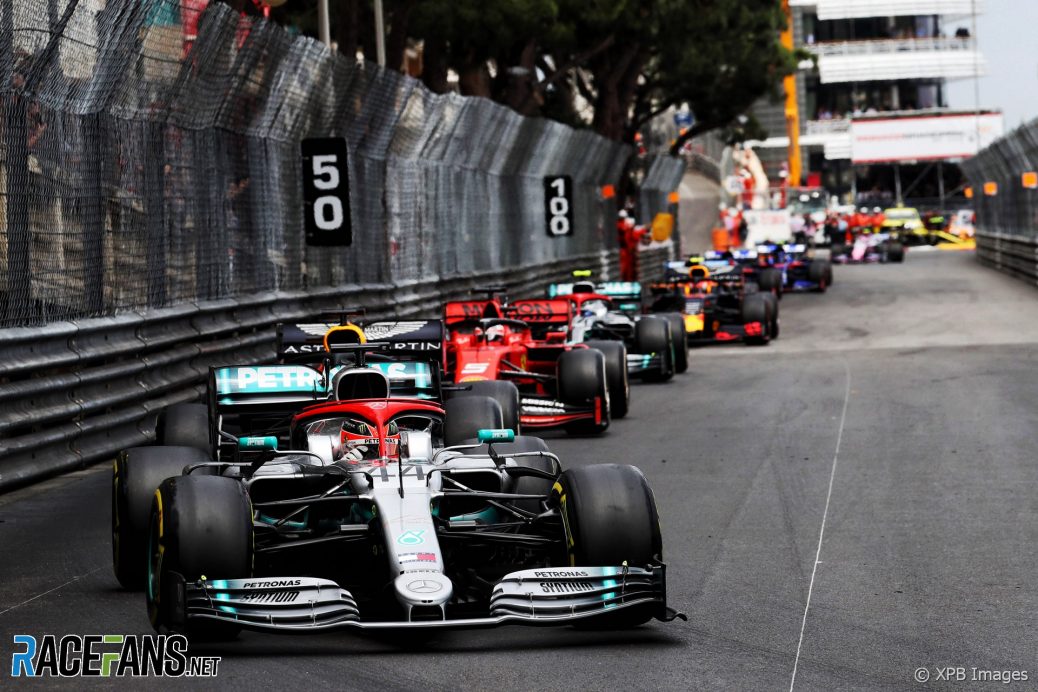 Lewis Hamilton described his performances over the opening races of the season as “average”, despite holding a 17-point lead in the drivers’ championship over the team mate.
Speaking after his victory in yesterday’s Monaco Grand Prix Hamilton said he still isn’t fully comfortable and delivering his best.
“I definitely feel that it’s been quite an average performance from myself,” Lewis Hamilton said.
Lewis Hamilton: “Maybe above average but generally quite average for the first six races.”
Lewis Hamilton: “I feel like I’ve got the best I could get.”
Hamilton has scored four wins and two seconds places over the opening six rounds.