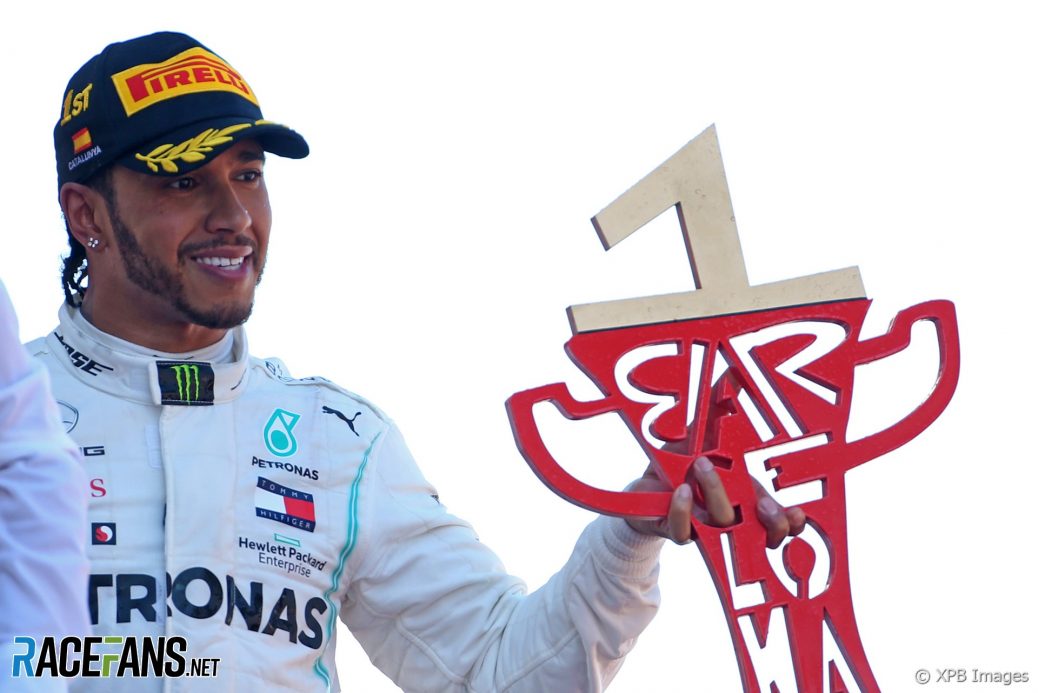 Lewis Hamilton said he will renew his efforts to improve his single-lap pace after bouncing back from a “nightmare” Saturday to win the Spanish Grand Prix.
“Yesterday was a bit of a nightmare,” said Hamilton after the race.
Lewis Hamilton: “But race pace has generally been quite good for me.”
Lewis Hamilton: “When we went out to do the laps to the grid I wasn’t very happy with the balance still so I had to make some changes, had to alter my driving style a little bit but it worked well in the race scenario.”