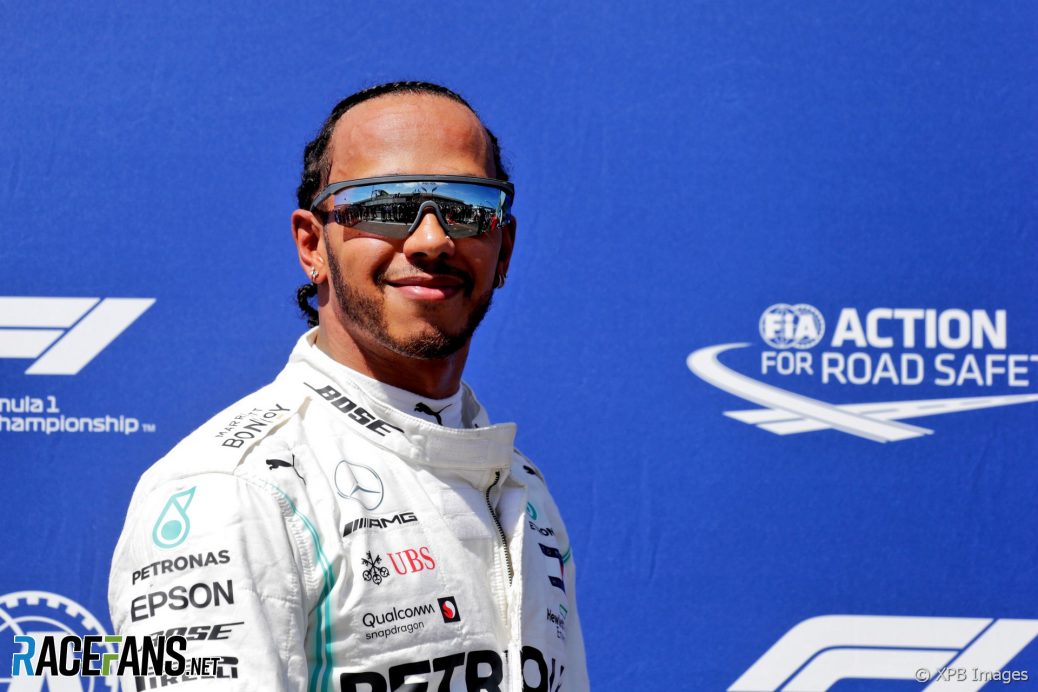 Lewis Hamilton says he stopped being concerned about Ferrari’s attempt to have Sebastian Vetel’s Canapdian Grand Prix penalty reviewed when he learned the details of the new evidence the team intended to present.
“It was definitely odd coming here when I heard that Ferrari was spending time focusing on something past,” Lewis Hamilton said.
Lewis Hamilton: “But then we came there and I think when I arrived in the morning I heard it was Karun Chandhok’s video was the new evidence.”
Hamilton said he drew strength from the supportive messages he received from his fans on social media.