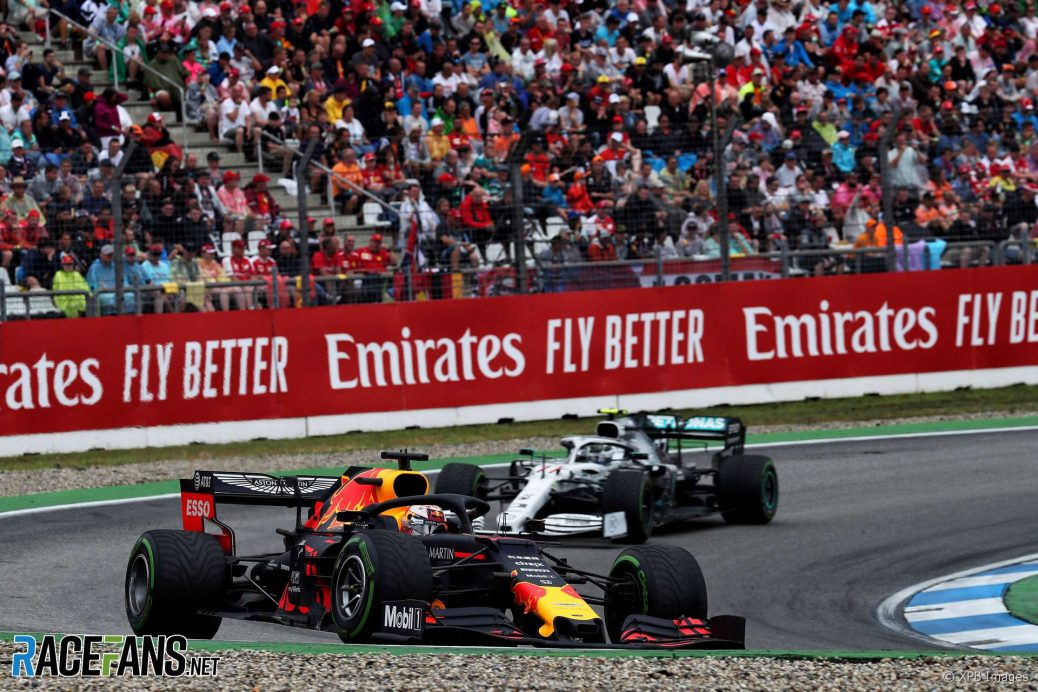 Hamilton: Red Bull ‘have more power than us in some places now’ | 2019 Hungarian Grand Prix

Lewis Hamilton says he is wary of the rising threat posed by Red Bull, who he expects will be stronger at tracks like Monza and Spa which haven’t previously suited them.
Lewis Hamilton: “When we get to the longer places like Monza this year it could be different this year now they have a new power unit, they’re not lower than us in power, in some places they’ve got more power than us.”
Hamilton believes Red Bull is now on an upward trend after struggling in the early years of the V6 hybrid turbo era.