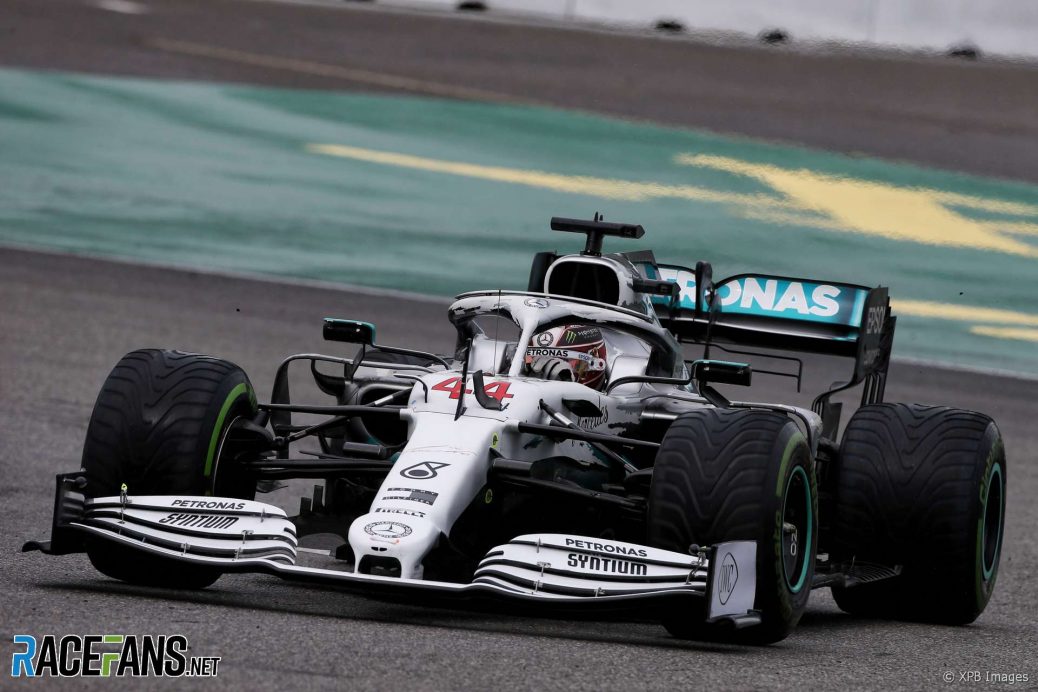 Hamilton: Race went wrong when we put slicks on in the rain | 2019 German Grand Prix

Lewis Hamilton says his German Grand Prix took a turn for the worse when he pitted for slick tyres just as fresh rain started to fall.
“The turning point was when they put slicks on when it was still wet” said Hamilton afterwards.
Lewis Hamilton: “If I’d said to put the inters on and it was the wrong call it could have been costly.”
However as Hamilton came into the pits more rain was beginning to fall.
“I think it just happened at the time they put my slicks, on the same time as when Leclerc went off, it just started to rain more,” said Lewis Hamilton.