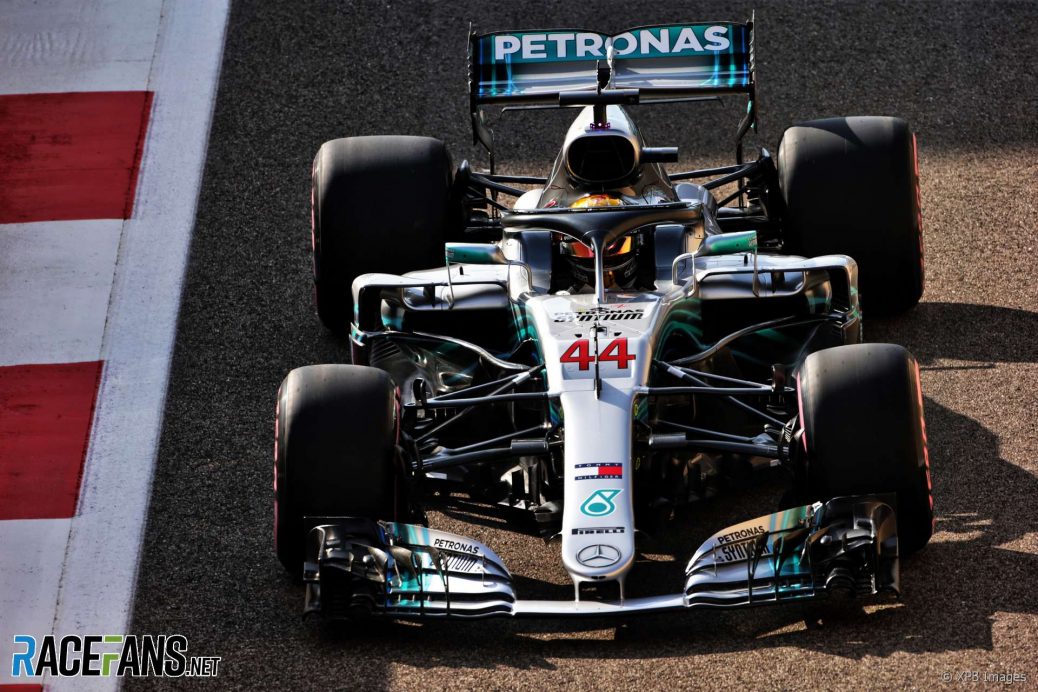 Lewis Hamilton put Mercedes on top ahead of the two Ferrari drivers in the final practice session for the Abu Dhabi Grand Prix.
On a hot track – over 40C when the session began – Hamilton used a set of hyper-soft tyres to set the quickest time of the weekend so far, six-hundredths inside the benchmark his team mate set yesterday.
Valtteri Bottas could only manage fifth-fastest in the session, three-quarters of a second off his team mate.
Romain Grosjean led the midfielders but had an incident with Pierre Gasly in the final minutes of practice.
Browse all 2018 Abu Dhabi Grand Prix articles.