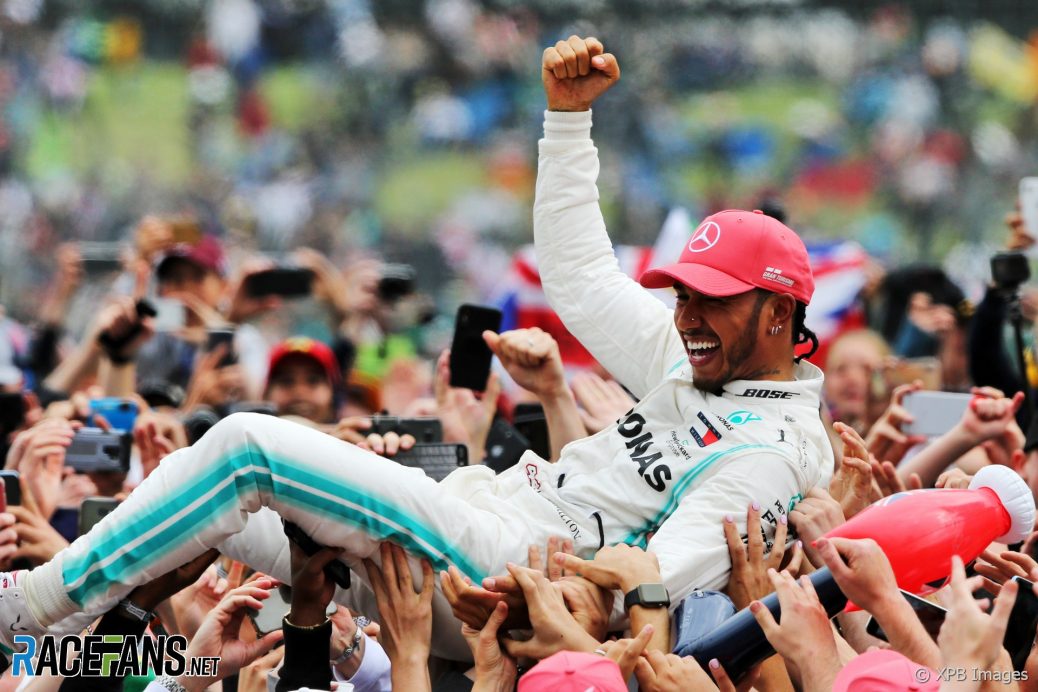 Lewis Hamilton’s sixth victory at Silverstone means he has now scored more wins at home than any other British driver.
Hamilton now has as many home wins as Alain Prost but one driver scored more wins in his own backyard.
His cause was aided by the fact both circuits appeared on the calendar every year between 1995 and 2006, whereas Hamilton has only raced at home once per year.
This was Hamilton’s 80th win of his career and seventh from the 10 races so far this year.
Hamilton has now led more than half of the laps races this year – 310 out of 612.